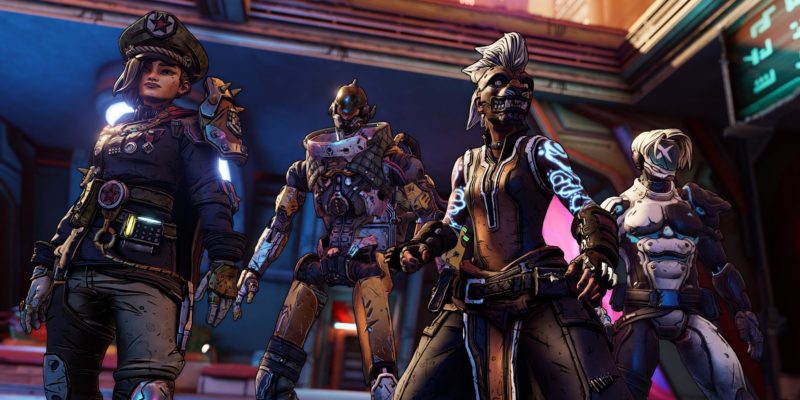 Arms Race is an in-universe reality show hosted by Axton and Salvador, of all people. Upon signing up players are stripped of their gear, passive abilities, and Action Skills, and dumped onto a wintry island containing a decommissioned DAHL military base: the Stormblind Complex.

Once on the island, players have a limited time to grab loot and hoof it to an extraction point before an approaching storm (the murder hurricane, or “Murdercane”) slaughters them. Which sounds suspiciously “battle royale” to me, but without the PvP aspects. The enemies and loot on the island are randomized, and there’s no PvP involved, you can indeed venture in with buddies.

Fellow co-op players can be revived at specific respawn points. But if you die and no-one can revive you? Your run is over, and any loot you gained on the island is lost. And if you want to extract the very best Legendary-quality loot from the island, then you’ll need to gear up as much as you can and take on Heavyweight Harker, the final boss of the Stormblind Complex. 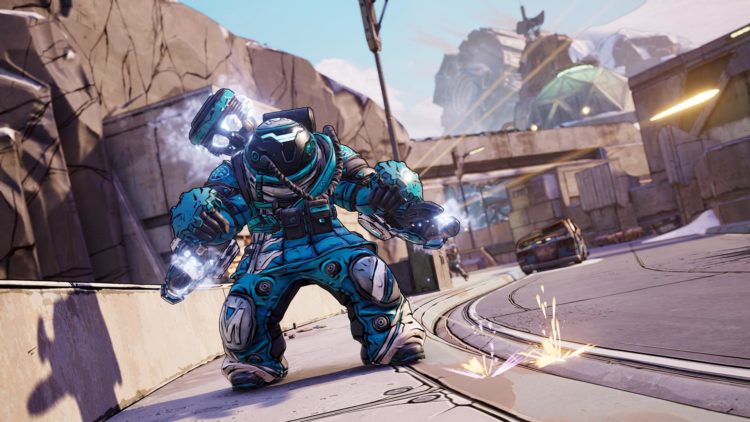 It’s an interesting twist on the formula, and the nature of it (removing your gear and skills) means that you can co-op with basically anybody and have the same experience. Got a friend who’s barely started playing? Hop into Arms Race with them and nobody has any sort of advantage. From what I can gather, it sounds like you’ll be able to hop into this either with your existing character or directly from the main menu with a brand new character, but don’t quote me on that.

While Arms Race is the major chunk of new playable content for Borderlands 3, it’s not the only thing in the Designer’s Cut. Each character will also be getting an extra skill tree, complete with new action skills.

Amara’s Enlightened Force tree offers up Cryo elemental effects and the Phaseflare skill, which as an orb of doom. FL4K will get a Trapper skill tree with a Loader bot companion, and can use a Gravity Snare to immobilize foes. Moze’s Bear Mother skill tree turns the Iron Bear into an Iron Cub mini-mech companion, while Zane’s The Professional skill tree offers up a MNTIS shoulder cannon for precision ranged eliminations. 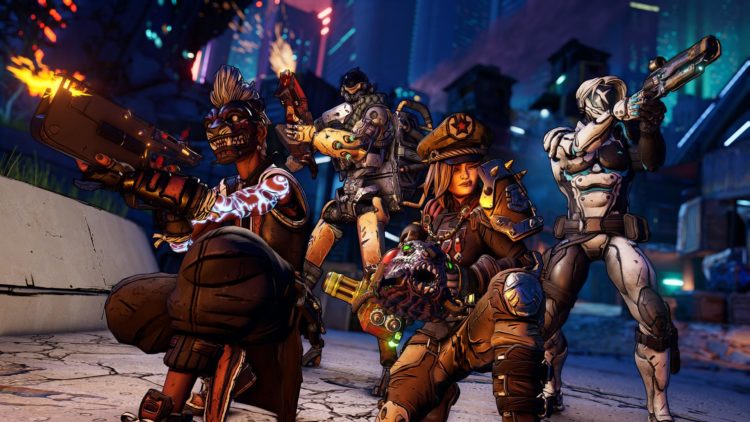 Finally, The Borderlands Show detailed new “Multiverse Final Form” cosmetics. These change the characters up with entirely new models, but they can still be mixed and matched with other bodies and heads, and all existing skins will work just fine with them. These don’t appear to be included in the Designer’s Cut, but are instead part of Season Pass 2. However! If you already own Season Pass 1 by the time they come out, you’ll get them for free.

Borderlands 3‘s Designer’s Cut DLC is due out on November 10. No official pricing yet that I can see, but if it falls in line with the other DLCs then it’ll likely be $15 USD. Equally, it can either purchased alone, as part of Season Pass 2, or as part of the new Ultimate Edition that will contain the base game and both season passes. Meanwhile, we’ve still got the sixth piece of DLC — the Director’s Cut — to come next year, which looks like it’ll offer up more standard content in the form of missions and end-game whatsits.

You can check out both the new skill trees and the Arms Race mode of Designer’s Cut in the pair of trailers below.