I have it under good authority that the name of the Haxion Brood bounty hunter that captures Cal can go by different names. The one who nabbed me on Zeffo was Mad Midge. But I heard tale that the hunter can also go by Bing. I also understand that subsequent meets with bounty hunters vary as well. For example, I later fought not one, but two bounty hunters at once, but both were humanoid. Another person, however, fought a humanoid hunter and a buff battle bot.

What I’m getting at, is Fallen Order may randomize its bounty hunter encounters. You may have ran into Bing (probably annoyed no one asks him questions anymore), but I brushed up against Mad Midge, whom I’ll use in this guide.

Mad Midge halts your progress on Zeffo before you’re able to leave the planet. The first encounter is not one you can win, though. Instead, he uses a device to capture Cal and knock him unconscious. Soon, you find yourself fighting in an arena against various beasts you’ve faced before. But the boss at the end is none other than the bounty hunter who put you there. So, let’s show him how we feel about that. 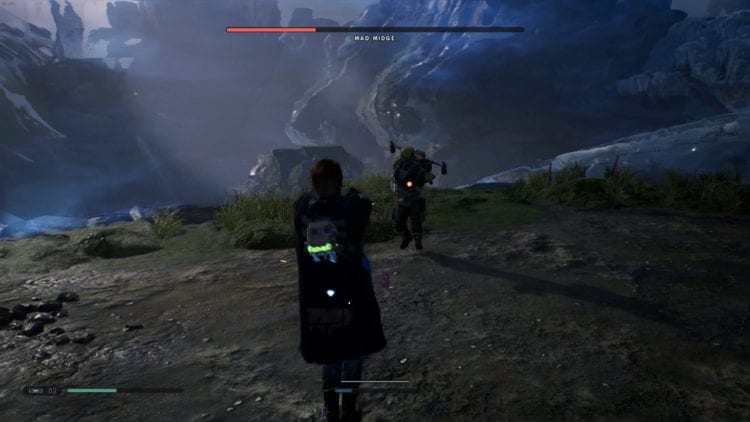 When facing Mad Midge (and when you’re not laughing at his name), keep a safe distance of around 15 feet. There are good reasons for this. Bounty hunters have a devastating flamethrower that they use when close up or as a fly-by when using their jetpack. The other reason is because they can shoot a missile your way, which is just ripe for a nicely timed Force Push — Midge (or Bing) does both, so get ready.

Armed with a blaster rifle, Midge fires away and sometimes follows up with a charged shot. Both can be reflected back into his stupid face. The charged shot is especially something you need to watch for, as sending it back his way is great for dealing a huge chunk of damage. 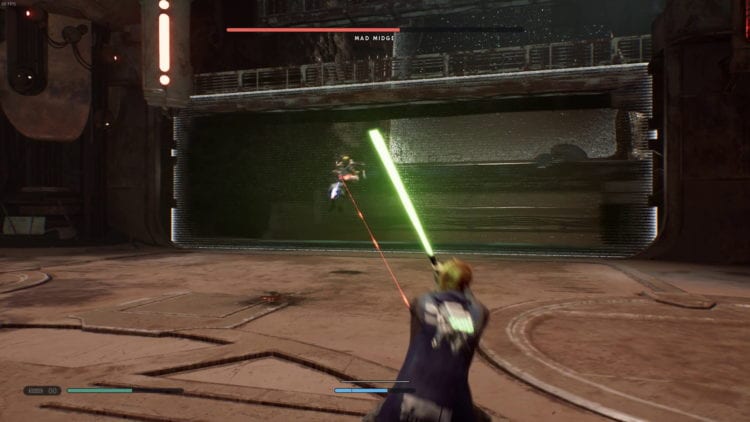 Time your Force Push to send those missiles back home.

As far as attacking goes for Midge, that’s just about it. Time your reflects, watch for fire, and get that Force Push ready for the missile attack. Your Force powers can add some flavor to the fight — Force Pull is definitely useful if you get close enough, as it momentarily halts his movement enough for a few good hits.

Next up is the Ninth Sister. Better hope you got your parry timing down.