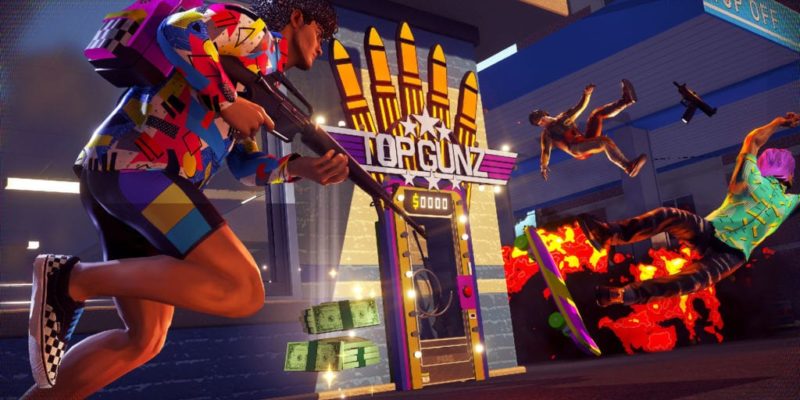 Last week Boss Key Productions decided to throw in the towel with their shooter Lawbreakers and revealed they were working on something new. That something new is called Radical Heights.

As developers continue to chase the battle royale audience and money, this is just the latest game in what is set to become an oversaturated market in 2018. Radical Heights is also coming sooner than you may think because it actually goes into Early Access tomorrow, 10 April. They describe it as follows:

Welcome to RADICAL HEIGHTS, a free *X-TREME Early Access* BATTLE ROYALE shooter. Partake in high-stakes battle royale gunplay in a sunny SoCal dome as contestants drive-by on BMX bikes or stalk other contestants from the shadows in search for weapons and prizes…but also CASH that you can bank – win or lose! Whether you spend that cash on righteous customization in your personal prize room or pull it from an ATM to purchase weapons early in the next game — building a wealth of cash is as important as taking down the competition in this irreverent 80s-themed action game show where everyone wants to be rich and famous!

The theme appears to be a future 1980s inspired world which means BMX bikes, lycra, and brightly coloured clothing. It’s a weird choice considering it’s a younger audience that is usually attracted to battle royale games.

“This is a five month passion project for the studio as we’re creating and publishing the game entirely by ourselves,” Radical Heights Creative Director Zach Lowery says. “We’re huge fans of Battle Royale games along with the bright, inviting irreverence of the 80’s aesthetic. Because of that, we want to put our own spin on the genre and create a futuristic 80’s world that takes place in 2023 during an over-the-top game show where contestants battle it out for fame and prizes.”

The game will be free to play which is a wise decision after the disaster of Law Breakers but there will be a $14.99 pack available with extras such as items.

It’s surprising that Boss Key have thrown money at this, it’s going to be tough to compete and looks like a quick buck-making exercise with little originality. We’ll see if it is up to scratch tomorrow and perhaps they will surprise us all and Radical Heights will help them recover after Law Breakers.

The Steam page is now live. 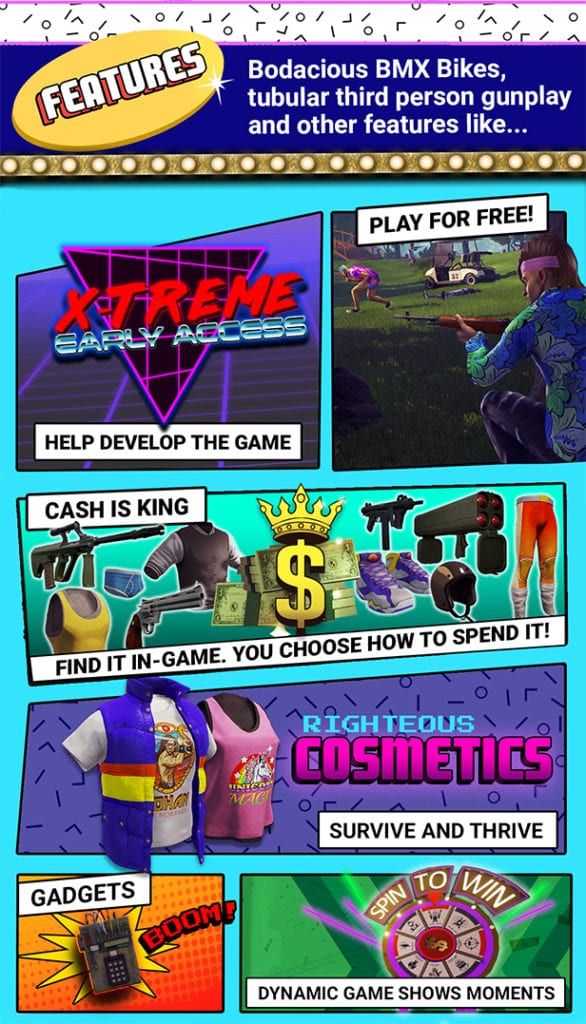