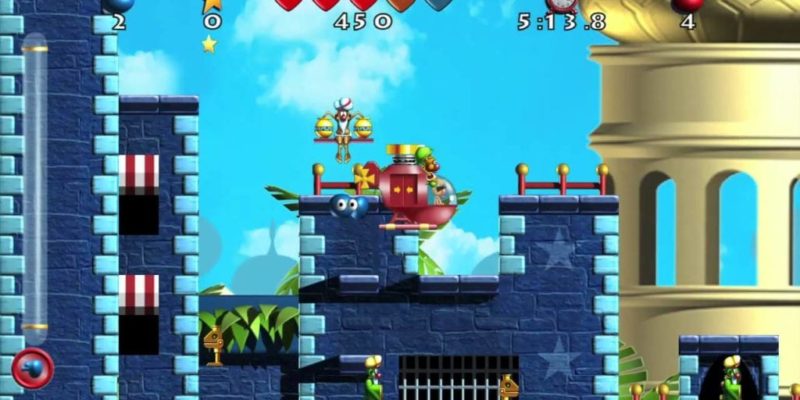 You could make some sort of argument that this is a statement on videogames, but I’m pretty sure it’s just a screenshot from a tutorial-y level.

There are four things that can make a Monday more bearable, and one of them is Brian Blessed. Publishers, take note: if you release a trailer incorporating Brian Blessed, I will probably put it up without thinking twice.

This isn’t the only reason I’m telling you about this Putty Squad trailer, though: it’s actually a fairly interesting game in its own right. Putty Squad was a side-on platformer (and sequel to Putty) and was released on the SNES back in 1994. Versions for other systems – the Amiga, the Mega Drive/Genesis, and our beloved PC – were also developed, with the Amiga and Mega Drive versions actually being entirely completed, but none of these versions were ever released to the public. Well, Putty Squad has now been remade.

The trailer below is actually a launch trailer for the Sony systems, but A) it has Brian Blessed in it, B) the game is coming to PC at some point in the near future, C) it explains and shows off the game pretty well, and D) go away. At least, it’ll be coming to PC as long as developers System 3 aren’t too authentic with their remake, and are planning on developing it but never releasing it…