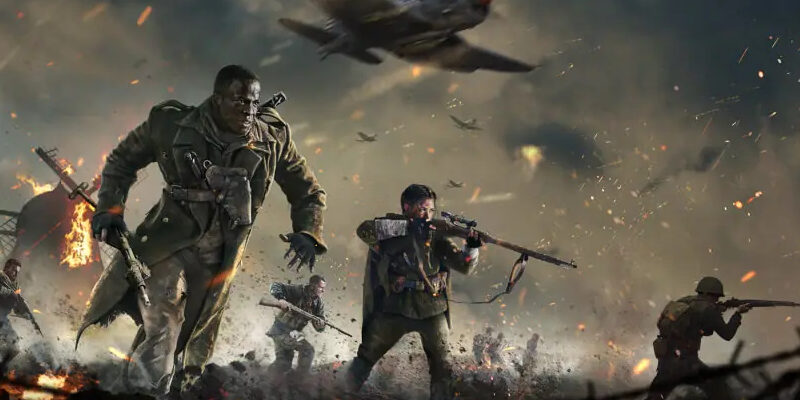 Everybody’s favorite annual FPS is back again. Building on the success of Modern Warfare and Black Ops Cold War, the beta for Call of Duty: Vanguard is live, so I thought I’d check it out and give my first impressions. This is Sledgehammer Games’ first Call of Duty game on the franchise’s newer engine and expectations are high.

Keep in mind that any opinions stated here are of the open beta. They are not representative of the final product and a review of the full game can be expected in the future. Certain issues are expected in an unfinished version of the game, and Sledgehammer itself has already spoken out about some of the community’s early concerns.

A lot of Call of Duty fans were surprised to see Black Ops Cold War use an older game engine. After Modern Warfare took the series to new technical levels, it was disappointing to go back to the same old. Thankfully, Vanguard uses the Modern Warfare engine which has all sorts of benefits.

Perhaps the most notable benefit is its improved visuals. Whilst Cold War didn’t necessarily look bad, it was by no means state of the art. At the very least, most would agree that it was less visually appealing than Modern Warfare. From a purely technical standpoint, Vanguard is a much better-looking game than Cold War. However, certain design choices prevent it from filling its full artistic potential. 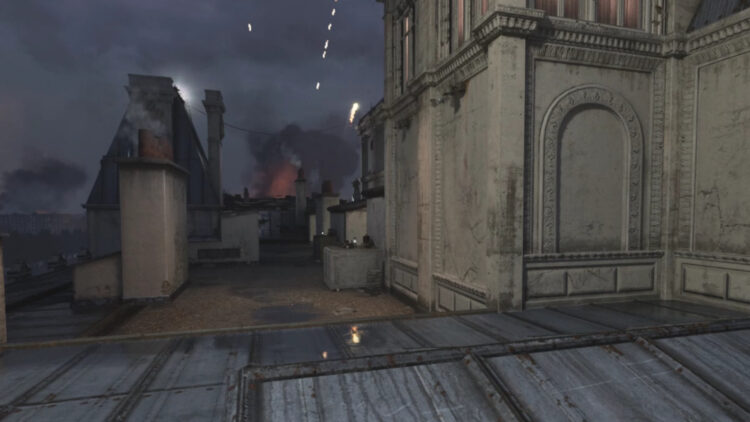 It’s a nice looking game with the gun models, in particular, being some of the most well crafted that I’ve seen. Unfortunately, the same cannot be said of the color palette. Sledgehammer has fallen into the trap of assuming that a World War II game has to look boring. Much like other WWII CoD games, Vanguard is brown and bland. Not only is this not as appealing to look at, but it also causes various visibility issues. Players often merge into their surrounding environments.

As this is just a beta for Vanguard, I don’t believe it’s worth focusing on the game’s performance issues. However, it is worth noting that the frame rate drop-off when using certain Nvidia cards between 1080p and 1440p is unusually steep. At 1080p I was able to maintain 144 FPS, but at 1440p I saw drops as low as 30 FPS. These performance issues are not present in Modern Warfare. Nvidia DLSS implementation into the full game, alongside improved hardware optimization, should help mitigate this. But it is something to be aware of.

Sorry, I can’t hear you!

Audio design is a controversial topic in the Call of Duty community as different players want different things. Modern Warfare introduced by far the franchise’s best audio design, but it wasn’t to everybody’s taste. Many players felt as though the footsteps were too loud, which made it harder to thrive with more aggressive playstyles.

In complete contrast, Vanguard currently has almost no footstep audio. I’ve had cases of both myself and enemies running directly next to each other without noticing. Even gunfire with high-caliber weapons is muffled and difficult to make out at a distance. Most bizarre of all, certain environments make zero noise when destroyed giving the player no audio cues to work with. 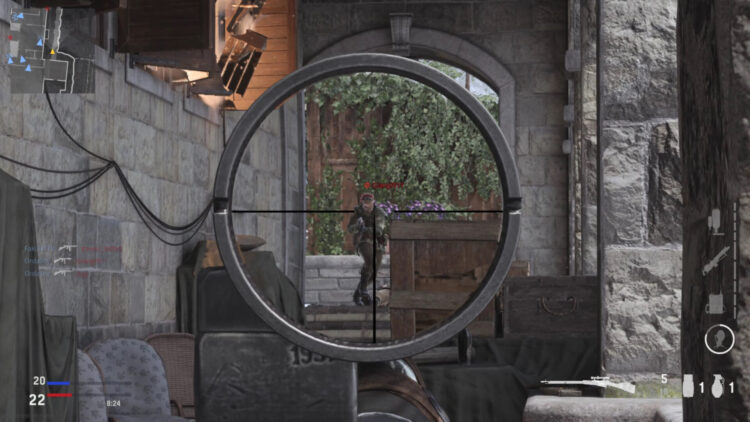 To Sledgehammer’s credit, the developer has already identified this as a problem. In a recent blog post, the audio team confirmed that they are “aware of volume and mixing issues,” and that these should be fixed for the full release.

In regular game modes, I actually didn’t mind the decreased audio levels. It does favor fast-paced run and gun play styles but that’s what Call of Duty is all about. The problem began to become more apparent when I tried out Search and Destroy. In a slower, tactical environment, where staying alive is crucial, the lack of audio cues is frustrating. It doesn’t feel good to have someone sprint up to you with an MP40 without even knowing that they were there. The lack of counterplay in these high-stakes situations just doesn’t feel fun.

Technically, gunsmith was in Black Ops Cold War, but it wasn’t nearly as detailed as its Modern Warfare counterpart. Many guns just borrowed each other’s attachments and the purpose of certain attachments even existing was questionable at best.

The Vanguard beta certainly takes a different approach to Cold War but also avoids borrowing too much from Modern Warfare. This time around guns can be leveled up to level 70 and have more attachment options than ever before. Case in point, the 3-Line Rifle alone has 20 different optics to choose from. Admittedly, three of these are different types of iron sights, but it’s still impressive. 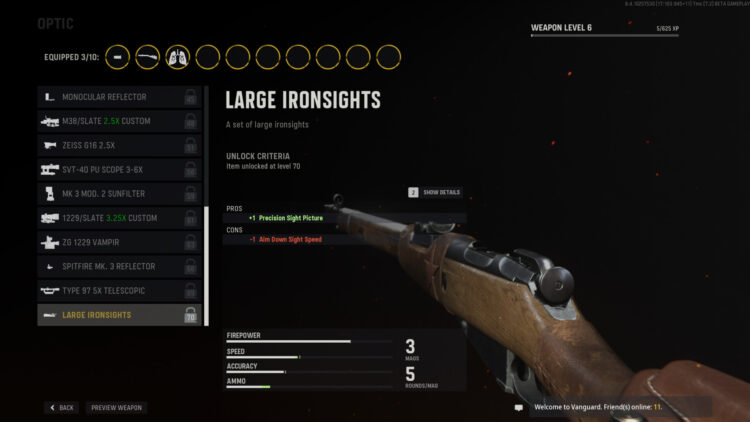 This level of player choice is great as it allows you to build just about whatever you want. This isn’t realistic and gun nuts are likely cringing at some of the player base’s creations, but it is fun. Just look at this MG42 from Reddit and tell me that isn’t hilarious. Call of Duty is first and foremost an arcade shooter, so I think this over-the-top weapon customization mechanic fits well.

If I was to criticize one thing, it would be the lack of attachment variety. Similar to Cold War, many of the guns in Vanguard share the same attachments. Long-term, this will hurt weapon diversity as most players find their favorite gun and stick with it. As things stand, there just isn’t enough of a difference between something like the STG44 and the Volk. This problem is exemplified by the slow weapon leveling which discourages players from switching to a less effective lower-level gun.

It’s not quite there yet

If Call of Duty Vanguard was released today in the current state that the beta is in I wouldn’t buy it. There are just too many poorly executed ideas and concepts that prevent the gameplay from being consistently fun. That’s not to say I didn’t enjoy it at all, but rather that enjoyment never managed to last more than a game or two.

The positive side to this is that none of the problems seem unsolvable. It’s not as though the core design is broken. Sledgehammer Games just needs to tweak certain values and design choices to deliver a more overall refined experience. There’s work to be done, but I wouldn’t jump the gun and count Vanguard out just yet. With some hard work and well-thought-out changes, Vanguard can still be a great Call of Duty game.