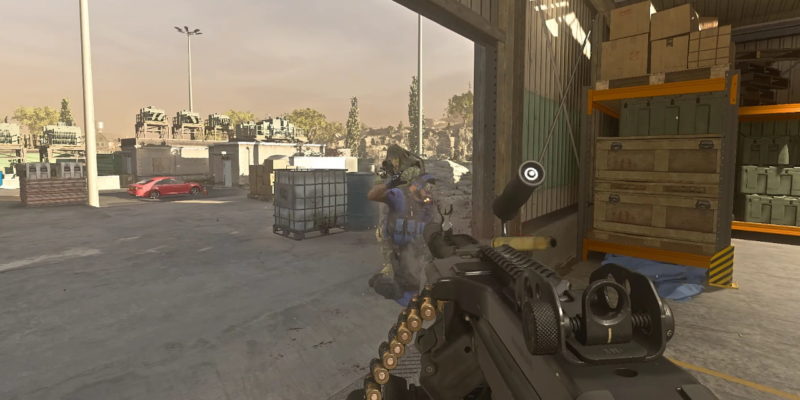 As teased at the beginning of Season 3, Call of Duty: Warzone‘s latest patch has introduced a brand new LMG to the game. Dubbed the Bruen Mk9, it’s the fifth LMG following the Holger-26 and is based on the M249 SAW that also featured in both Call of Duty 4 and Modern Warfare 2.

As with Season 1’s Crossbow and Season 2’s VLK Rogue shotgun, the Bruen Mk9 is unlocked through a challenge rather than progressing through this season’s battle pass. Given that it’s a relatively strong gun that has huge potential, you’ll want to know what you need to do to unlock it and the best way to go about doing so.

How to unlock the Bruen Mk9

The in-game description states: “Get 3 kills when the enemy is near smoke using an LMG in 15 different matches.” Whilst this seems simple enough, it’ll become quickly apparent that it’s not. If you sit there throwing smokes at enemies and then killing them, you will never unlock the Bruen Mk9.

Instead, you should be aiming to kill enemies whilst standing in or near an activated smoke grenade. Some people have claimed it only worked for them when the enemy was also in their smoke grenade, but my testing seems to suggest this isn’t the case.

Also, it doesn’t seem to matter where or how the smoke is formed. It can be an enemy smoke grenade, your own smoke grenade, or even fired from the under-barrel M203 40mm Smokescreen attachment. Although, this attachment cannot be used on any of the LMGs, so I’d recommend just sticking with a good old-fashioned smoke grenade coupled with the Restock perk.

If you can play Modern Warfare‘s core multiplayer, this challenge is going to be a lot easier to complete. That’s not to say it’s impossible without it, but you can effectively guarantee it will only take a few hours with access to certain game modes.

Specifically, I recommend setting your quick search filter to only Hardcore Shoot the Ship and leaving lobbies until you get Shipment. There are two reasons for this. One, Shipment is tiny, so getting those three kills should be relatively fast. Shoothouse can work too, but it’s not as reliable. Two, Hardcore allows every LMG to one-shot, so you can just spray through the smoke and likely get a lucky kill or two. I even managed to pick up a play of the game where I got a seven-times multi-kill without aiming in once. 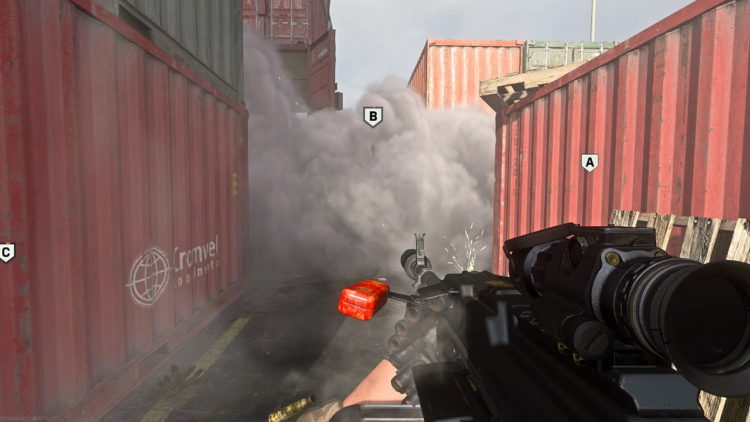 Throw a smoke into the middle of the map, walk into it, and let all hell loose. It’s that simple.

If Hardcore Shoot the Ship isn’t on, then you’re best opting for one of the shorter game modes. Something like Team Deathmatch or Kill Confirmed should work. These will let you get through the 15 games as fast as possible. If you’re struggling to get the kills in time, then choose Domination. Domination games always last the longest and should give you plenty of time to get the three necessary kills.

Something I realized halfway through doing the challenge is that despite the game not telling you outright, it’s easy to tell when you’ve got enough kills in a game. Take note of how far through the 15 games you are. Once you feel you have got enough smoke LMG kills in-game, go to change to your primary and hover over the Bruen Mk9. If you’ve got your three kills, the first number will have increased by one. Be sure to complete your game though, as leaving will cause any progress made in that lobby to be lost.

What about Warzone players?

If you don’t have access to Modern Warfare, fortunately, the misleading description of this challenge actually works to your advantage. Pick an LMG and shove a thermal optic on it. I’d recommend the PKM as it’s the best overall choice, but the recent LMG buff means they are all relatively strong.

Now you have three choices. You can queue for solos, pick up a loadout, or smoke off of the floor and try to pick people off from a distance. For a less aggravating experience, Plunder might be easier since you can respawn and don’t have to deal with the pressure of getting all three kills in one life. 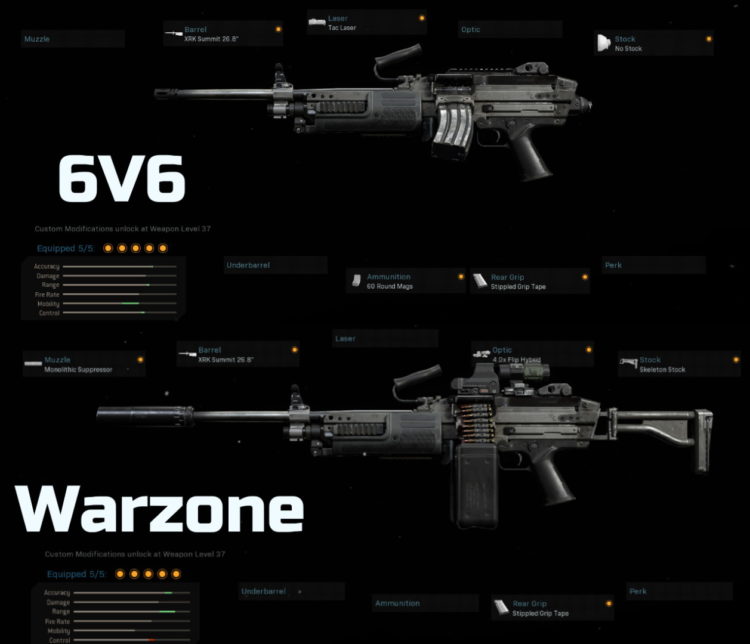 My go-to builds for 6v6 and Warzone. I feel these give a nice balance between handling and keeping that beefy LMG feel.

However, your best option to unlock the Bruen Mk9 is sadly one of patience. Occasionally, Infinity Ward will run free multiplayer events for Warzone players. These take place on the regular multiplayer on far smaller maps with a far faster time to kill. There was a free multiplayer weekend run just over a week ago, and it’s fairly likely another one will follow shortly while so many players are at home and able to play.

By Kurt Perry22 hours ago
Previews