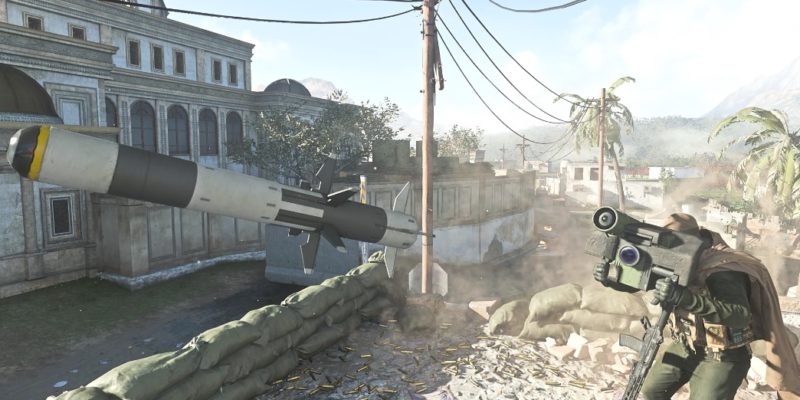 Now that the Snakeshot Magnums have been nerfed, the competition for the best secondary in Call of Duty: Warzone has been blown wide open. Although some other pistol combinations can work, most players will be considering using a launcher to fill that void instead. Launchers offer fantastic utility against vehicles as well as zoning to flush out opposing campers.

In Warzone there are four different launchers to pick from. It can be difficult to know exactly how they differ and what their purposes are by the in-game descriptions alone. We’re here to break down each launcher and help you understand their individual roles a little better.

The JOKR, better known by the name Javelin, is a fire-and-forget lock-on launcher with a twist. When fired, the JOKR’s rocket will fly directly up into the air, track its target, and land right on top of it for huge damage. This is devastating in real life against tanks, but Warzone does not have any tanks. The JOKR is arguably better suited for killing multiple infantry at once. After all, it does have the largest splash damage radius of any launcher in this Call of Duty.

Meanwhile, its ability to destroy regular vehicles is excellent but not without faults. The travel time of the JOKR is brutally long. To travel 100m takes just over six seconds, meaning most players will be able to avoid the missile before it hits. Cars and quad bikes can’t outrun its lock-on, but they can just jump out and avoid the explosion. Unlike many other launchers, the JOKR will always one-shot any vehicle that it hits.

Its true specialty is flushing out enemies who are either in the open or need to follow a predictable trajectory. This is great in the end zone where you can usually guess where an opposing team will move next. Thanks to the JOKR’s insane blast radius, anyone not in cover will likely be killed when its missile finally drops.

The PILA, better known by the name Stinger, is another fire-and-forget lock-on launcher that specializes in taking down helicopters. Given that choppers were recently removed from Warzone thanks to various under-map exploits, it’s not in a great place. Regardless, it is more useful in non-anti-air circumstances than many players realize.

For one, the PILA has relatively fast projectile fire speed, making it great for tracking down any fast-moving vehicles. Plus, one shot is enough to disable helicopters or destroy cars and quad bikes. However, it will require two shots to deal with a truck, which isn’t great given its lengthy reload time of 4.5 seconds. Using Amped can cut this down to 3 seconds but comes at the hefty cost of not running Tune-Up. 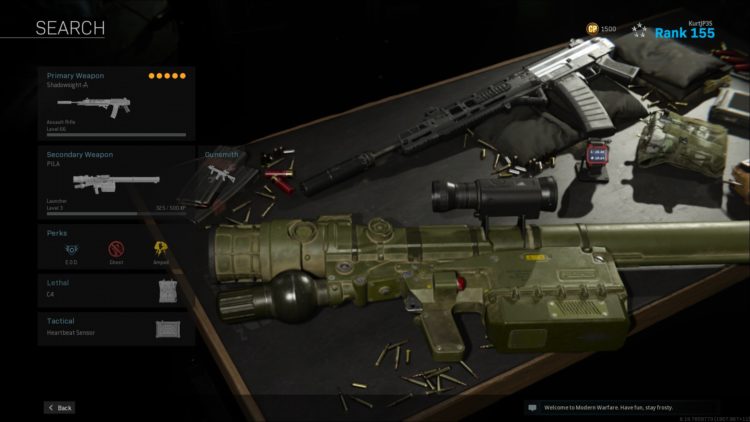 A typical PILA class. Launchers tend to pair nicely with rounded primary weapons like the Grau or Bruen MK.9. I don’t recommend them with specialist weapons like snipers or shotguns.

I’d consider the PILA to be the launcher of all trades. It doesn’t have too many notable drawbacks, but it also lacks the explosion radius of something like the JOKR or RPG-7. It’s an easy weapon to throw on and pressure vehicles with, but don’t expect too many huge plays.

As for dealing with infantry, this is just a bad choice overall. Its unforgiving explosion radius mixed in with its reload speed makes it difficult to use one on one. Despite this, with Amped, it can be worthwhile to throw a shot your enemy’s way and then quickly follow up with your primary. Even if you only chip off a couple of armor plates, that’s still a massive advantage. Regardless, there are better alternatives for this kind of play style.

Perhaps the most iconic launcher worldwide, the RPG-7 has become the symbol of cheap yet effective warfare. This translates well into Warzone where despite its drawbacks, it still manages to do a very serviceable job.

I would not overly recommend the RPG for blowing up vehicles, but it isn’t unusable in that department. Despite its slow projectile speed and lack of lock-on functionality, the RPG can pack a serious punch at close to mid-range. It will either disable or destroy all vehicles bar the armored truck in one shot. The truck will take two shots whilst both the quadbike and car will be blown up in just one missile. 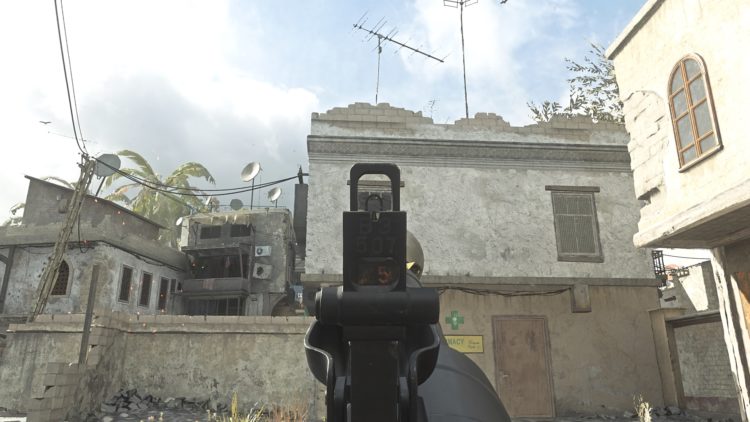 Firing an RPG into a building is an excellent way to flush out and punish tactical players.

However, the RPG really comes into its own when you’re dealing with campers. In Warzone it can be very difficult to push certain rooms due to a lack of varied entry points. Considering this, giving yourself an edge before entering a camper’s domain is a must for consistent gunfight wins. As far as I’m concerned, there is no better engagement tool for this than the RPG-7.

Simply fire a rocket threw a window or doorway and the splash damage is bound to hit someone. If you’re lucky it will either kill them or at least shred their armor. Worst case scenario, you chip off one or two plates and they have to waste resources to stay up. Also, keep in mind that launcher ammo is not hard to come by. In most games, I will end up with five or six missiles ready to fire. This makes it easy to stock up on rockets to spam and force an otherwise stationary team to get moving.

The Strela-P is a bizarre weapon. For one, it is technically coded as a sniper rifle, not a launcher. This is why it allows you to hold your breath for a steadier shot, unlike any other launcher. In addition, many of its handling traits are characteristic of a sniper rifle. The shell it fires suffers from bullet drop at long ranges but travels far faster than any other projectile in slot.

The major downside to the Strela-P is that its damage output is wildly inconsistent. There have been occasions where I’ve only managed to disable a car, but then in another game the same shot will blow it up. The two shots needed to kill a truck seems more consistent, but otherwise, it’s difficult to know when you should expect a kill or a disable. For this reason, I’d heavily recommend running Amped so you can switch to your primary and clean up if you don’t get the one-shot kill. 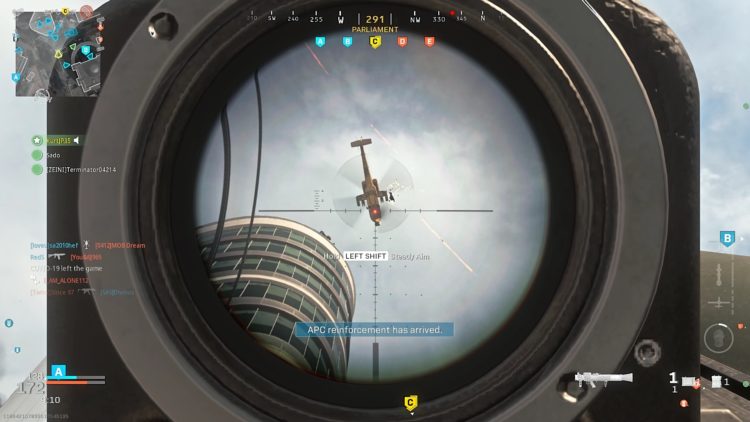 To its credit, this is probably the easiest launcher to use. Thanks to its projectiles traveling so fast, you hardly have to lead targets at all. This also makes it pretty good at taking out infantry. Perhaps not as good as the RPG, but better than both the lock-on launchers for sure.

From my testing, I think that the Strela is probably the best launcher at taking out most vehicles near you. It won’t ever match the JOKR or PILA’s long-range capabilities, but it definitely outclasses the RPG at close and mid-range engagements. I don’t think its small explosion radius matters too much thanks to its shots traveling so quickly.