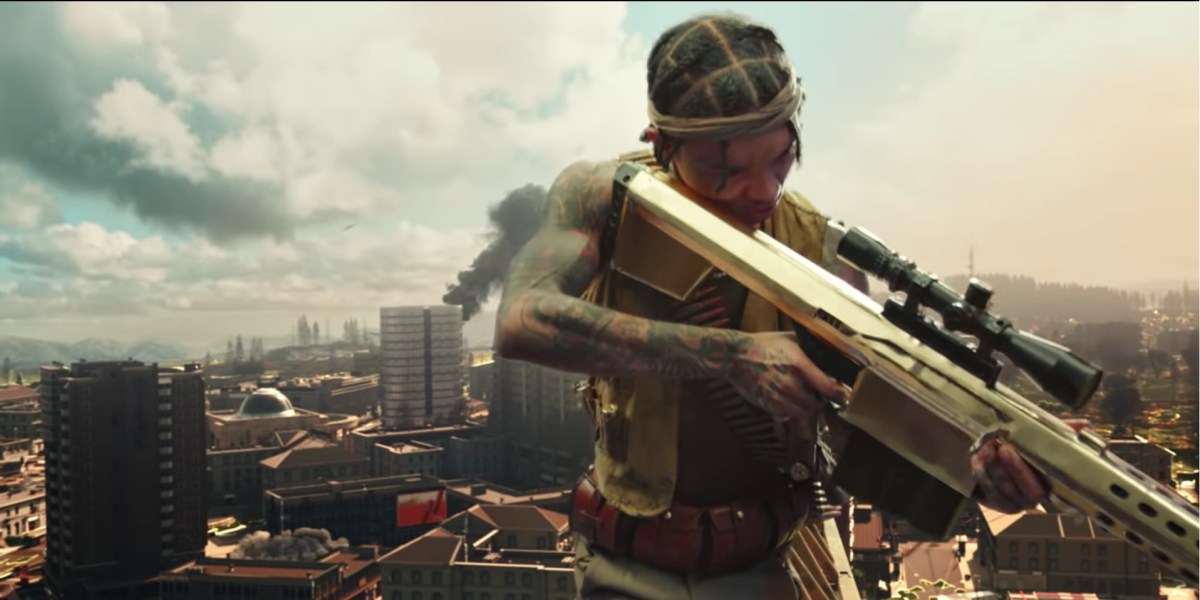 Yesterday, everything in Call of Duty Warzone changed. Verdansk is gone, nuked off the face of the Earth following a zombie infestation. Another version of the map, named Verdansk ’84 is on the way and will launch today by 3 PM EST. Rumor has it that this new version of the map will also come with a revamp of the game’s mechanics away from Call of Duty Modern Warfare and towards Black Ops Cold War. Regardless, a trailer for Warzone Season 3 has given us our first peek at Verdansk ’84.

The trailer, a live-action, celebrity-packed affair filled with noscopes and trick shots provided early looks at various parts of Verdansk ’84. The clearest area shown in the trailer seems to be a version of the game’s Stadium. However, instead of a lush, green field and pristine bleachers, the stadium appears dilapidated. Some crates are scattered across the patchy field, and the stands are all but ripped out.

A few seconds later, we get a second peek at the stadium’s other half, which reveals it’s still under construction. Heavy machinery is scattered across the outside of the stadium, which abruptly ends in struts and beams. A large crane is also present, looming above the arena.

What else is coming in Season 3 of Warzone?

While today’s trailer gave us some early looks at what we can expect in Season 3 of Call of Duty Warzone, some other changes are undoubtedly coming. Specifically, there seems to be something strange going on at Rebirth Island, Warzone‘s smaller map. Last night, a new nighttime version of the map launched, but the time of day isn’t all that changed. A new building has been put up on Rebirth, and with a locked bunker door in its basement. So far, nobody has been able to get into the bunker, and whatever lies behind that door is a mystery. Tonight’s events could very well see a big change on Rebirth Island as well if that door opens.

Activision has also released a new gameplay trailer for Warzone Season 3. It shows off what playing on Verdansk ’84 is really like:

How to do the Fortnite locations challenge: Fancy View, Rainbow Rentals and Lockie’s Lighthouse