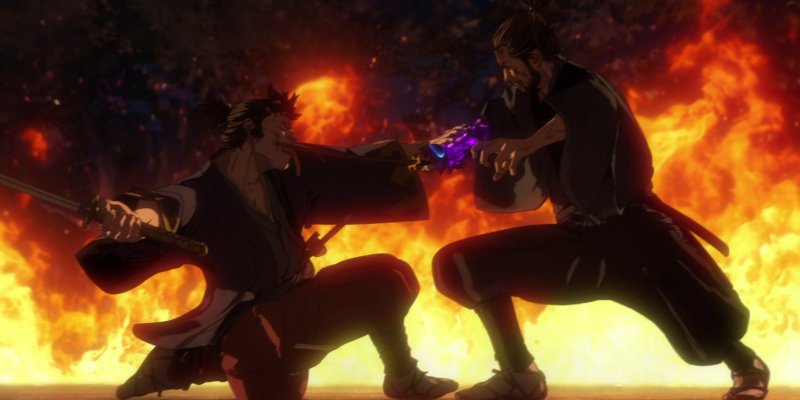 Capcom has announced, revealed, and shared some first-look images of an Onimusha animated series coming to Netflix soon. The hack ‘n’ slash, demon-slaying franchise has been quite dormant for some time. The Japanese developer, however, clearly hasn’t forgotten about it, and is looking to take fans back into its bloody and violent world.

But it won’t be exactly as you remember it. From what we can glean in a Gematsu article, the Onimusha show may not bring our boy Samanosuke to Netflix screens. For those who don’t recall, Samanosuke Akechi is the oni-hunting samurai warrior whom a good half of the series follows — beginning with the original 2001 game.

Instead, the series follows none other than swordsman legend Miyamoto Musashi. Onimusha is a franchise that has tweaked actual Japanese history to suit its storytelling needs, and the series appears to be doing the same. Equipped with the Oni Gauntlet, Musashi sets out to “defeat the Genma.” Onimusha took place in 1537 Japan, and Musashi was born in 1584. Perhaps Samanosuke appears in a mentor role? It’s probably not likely, though, as he’d be pretty old during Musashi’s time.

I’m noticing a lack of demons

The images released today by Netflix and Capcom show very few demons. And by that, I mean none. We see Miyamoto smirking, standing, and fighting human opponents. One image in particular clearly shows the Oni Gauntlet attached to his arm. Likely, Capcom will show off the Genma in all their mutated, creepy glory soon.

The show does look quite colorful and clean, but we’ll see how it fairs in motion. According to the aforementioned announcement, the Onimusha series will employ “3D CGI characters and hand-drawn backgrounds create phenomenal visuals.” The use of 3D CGI in anime hasn’t gone out without some concern from viewers. Sometimes, it can look good — like Beastars. Other times, we get stuck with 2016’s Berserk and its distracting shuffle-walks. Time will tell which side of the line Onimusha will fall.

Onimusha was only just revealed, so we don’t know for sure when it’ll land on Netflix. But we’ll keep our eye out. Hopefully, if it does well, Capcom will return to its almost-forgotten action series.

The show will be directed by Shinya Sugai under the animation studio Sublimation, both known for the Dragon’s Dogma series on Netflix.

It's your first look at ONIMUSHA, an anime based on CAPCOM's legendary game. Created by Takashi Miike and Shinya Sugai from Sublimation, with Musashi Miyamoto modeled after Toshiro Mifune #TUDUM#TUDUMjapan#ONIMUSHA#鬼武者 pic.twitter.com/oeX6FO2hWS