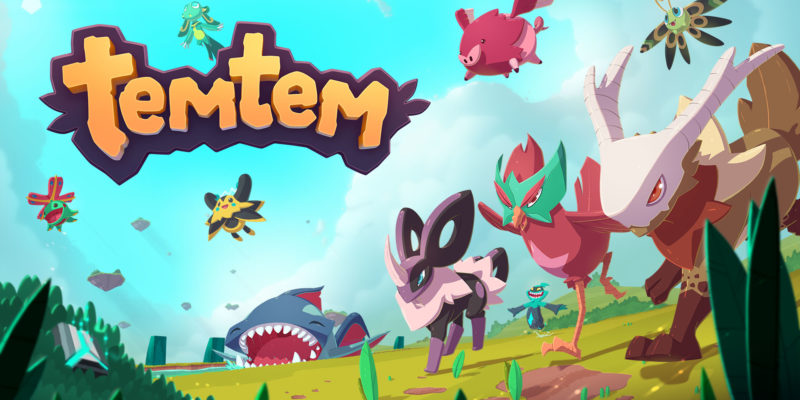 Publisher Humble Bundle and developer Crema are doing what, inexplicably, still hasn’t been done by Pokémon: creating a creature-collecting MMO game. The title of the game is Temtem, and a gameplay overview and Early Access announcement trailer have just dropped to get us all excited for its January 21, 2020 release.

Temtem is inspired by Pokémon and draws heavily on several features from the hit series. The name of the game, Temtem, is also the name of the creatures in the game. Long grass seems to be where you will find wild Temtem hiding to battle and catch. There are Dojos where you can take on top tamers, much like Pokemon’s Gyms.

But Temtem does have some things Pokémon doesn’t, like housing. Players will be able to buy a house, decorate it, and invite friends over. It also takes the breeding system further than Pokemon ever did, allowing players to almost design the Temtem they want.

During the Early Access phase, Temtem will feature a campaign over 20 hours long, including four Boss Dojos. You’ll have three islands to explore with 76 Temtem to catch and trade, including special Luma (shiny) Temtem. The breeding system will be available, so you can get to work designing your perfect battle buddy. The game will also have co-op in Early Access, and players can fully customize their characters. Lastly, and for some most importantly, Early Access will have PvP.

Following on from Early Access, there will be 50 percent more story content introduced with three more islands to explore. Over 161 Temtem will be tameable, as well as mythical Temtem. A pick and ban Ranked PvP will come to the game as well, along with player housing and player events.

Temtem Early Access will be a must for any Pokémon fans still waiting for a creature-collecting MMO. Until its release on January 21, 2020, you can add it to your Steam or Humble Bundle wishlist.

Journey through a dangerous world in text-based RPG Roadwarden