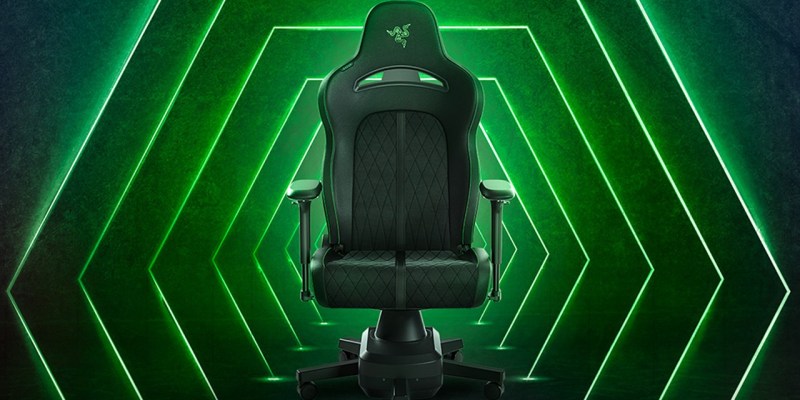 Gaming chairs don’t tend to come in a variety of shapes and sizes, but Razer has tried to change things here and there. Haptic feedback, in particular, is a feature that hasn’t really been applied to many gaming chairs. In a way, it’s easy to see why so few brands have experimented with the tech. It’s an expensive feature to add, and one that many may not use. But, Razer being Razer, it found a way to add it to one of its chairs.

The source of the Enki Pro Hypersense’s haptic feedback sits beneath the seat, and it’s hard to miss. The haptics engine is housed inside a big compartment right next to the casters. It’s powerful enough to tilt the chair vertically by 1.5 inches and backwards. There’ll be over 65,000 haptic variations to suit various actions and contexts. Direct support will be available to use with over 2,200 titles ranging from games, films, and music. Specific games that it’ll support include Assassin’s Creed Valhalla, Forza Horizon 5, and more. The chair will also support direct input haptics that read the inputs of your keyboard or controller and react accordingly. 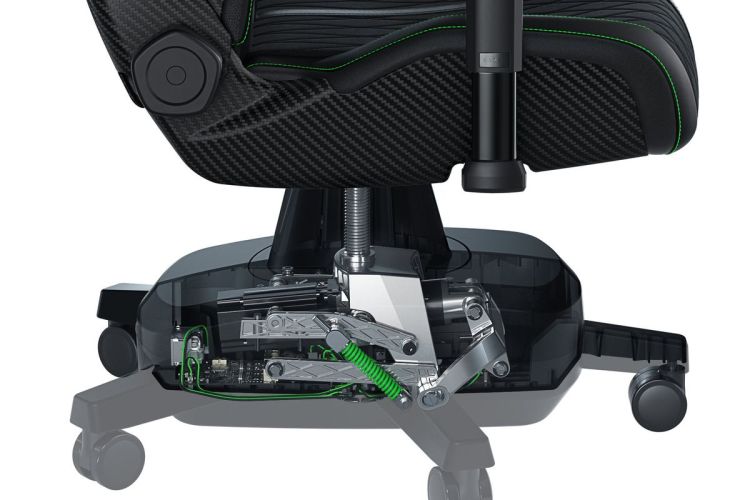 Haptic feedback is a nice feature, but it might not be the key selling point for many. It’s a chair after all, and there are lots of other features to talk about besides that. The overall package is very similar to the Razer Enki X, and thus, shares a lot of its characteristics. The back and sides of the chair are covered in synthetic leather, while the backrest is made out of a softer, plush fabric. The Enki Pro Hypersense also has a lumbar curve that “gently supports your lower back and encourages you to sit in a neutral position.” Judging from this, it’s clear that Razer is still trying to make it a premium gaming chair with more features built in.

Other details include a 22-inch ultrawide seat base and 100-degree shoulder arches. The headrest also has RGB Chroma lighting, which is a nice extra feature. Beyond that, the Razer Enki X has many of the features found on the Enki Pro Hypersense. Full analysis of the Enki Pro Hypersense and its similarities to the Enki X will have to wait for its release, though.

As of now, there’s no release date or set price for Razer’s Enki Pro Hypersense. There’s also no indication as to when it will be available for purchase. It may still be a ways off yet. In the meantime you can check other CES 2022 offerings like HyperX’s new line-up of gaming headsets, or HP’s new 4K gaming monitor.

By Kevin Foley3 hours ago
Guides