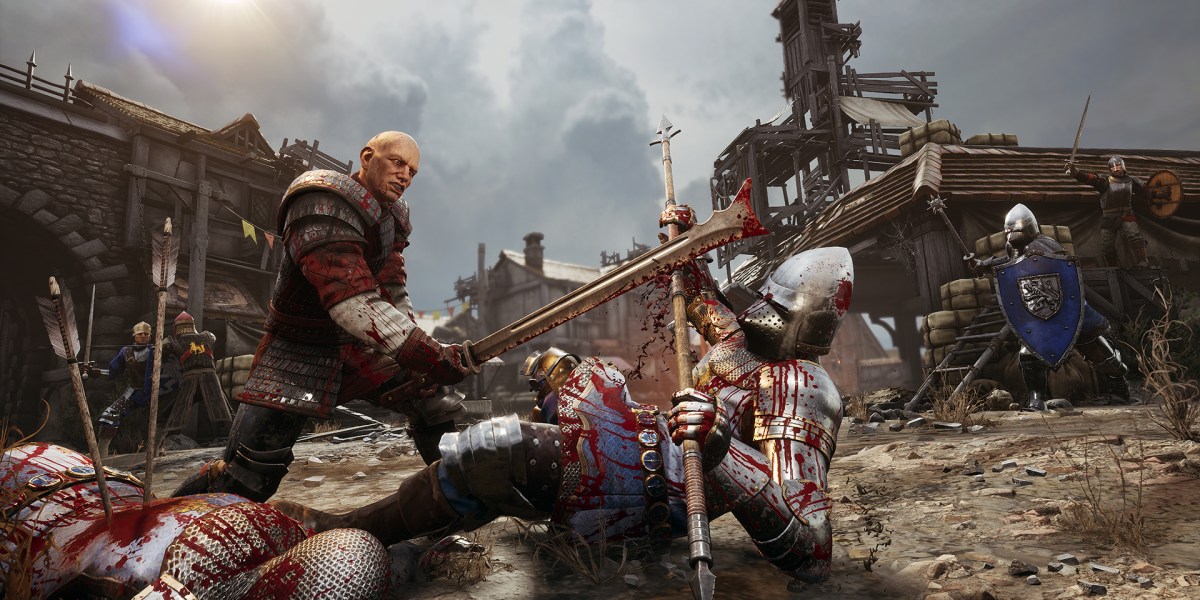 It’s a busy week for gaming news. But if  announcements don’t particularly interest you, and you just want to play something, Torn Banner Studios has you covered. The developer’s latest game, Chivalry 2, has a cross-play open beta starting today. Players can participate in the open beta from now until June 1 at 11 AM EST.

The Chivalry 2 cross-play open beta is only available for download on the Epic Games Store, but it’s totally free. For its duration, PC players will be able to battle it out with other players on the PlayStation 4, PlayStation 5, Xbox One, and Xbox Series X|S.

This open beta will also include some never-before-seen content. Two new objective-based maps are being added to the game, along with free for all and customization. The new objective maps are The Slaughter of Coxwell and The Battle of Darkforest. Torn Banner Studios has previously emphasized that Chivalry 2‘s objective-based game modes are the star of the game. Newly added customization features will also let players change up not only the armor but also the personality of their medieval warrior.

To celebrate the open beta for Chivalry 2, Torn Banner Studios is also releasing the game’s entire soundtrack. Starting today, the game’s OST can be found on Spotify, YouTube, Apple Music, and other music streaming services.

What to expect from Chivalry 2

My preview of Chivalry 2 left me wanting more, and personally, I’ll be downloading the open beta as soon as I’m finished writing this article. The game represents a much needed step towards ease of access for the military combat genre. Fighting in Chivalry 2 is much simpler than it is in Chivalry 1 or Mordhau, but is still just as fun. It’s also worth mentioning that Chivalry 2 doesn’t take itself seriously at all. If you doubt me, download the beta, chop someone’s head off, then throw that disembodied head at an enemy. You’ll get what I’m saying pretty fast.

Chivalry 2 is coming to PC via the Epic Game Store on June 8.