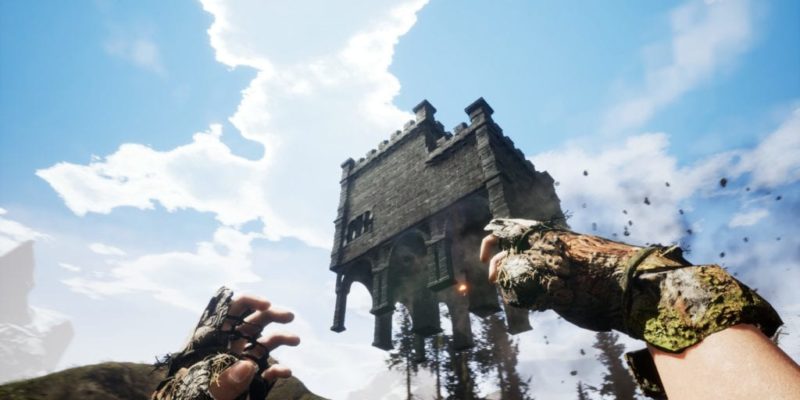 Blue Isle Studios’ Citadel: Forged With Fire arrives on Steam Early Access today, opening the door to the sandbox world of Ignus for eager wizards. I sent some questions over to Blue Isle Creative Director Alex Tintor to find out more about the game. Read on for what the studio plan to add to the game in the short and long term, how the servers will be structured, and their intentions for community interaction.

PC Invasion: First off, for those who might not have seen Citadel: Forged With Fire’s announcement, can you give a brief overview of the game?

Alex Tintor: Citadel: Forged With Fire is a massive online sandbox where players are given complete freedom to explore and make a home for themselves in a living, breathing fantasy world. Fight, tame or ride dragons, build massive castles and explore a massive world with friends.

PCI: Is there any kind of overarching narrative to the world of Citadel: Forged With Fire, or is that all going to be player-created (feuds between player Houses and so on)?

AT: With Citadel, we’ve taken the subtle approach to narrative, scattering hints about the world’s intriguing history through item descriptions and environmental clues. We wanted there to be just enough for the world to feel alive, but not so much that players don’t have room to tell their own stories and build their own personal narrative as they thrive as a denizen of Ignus. 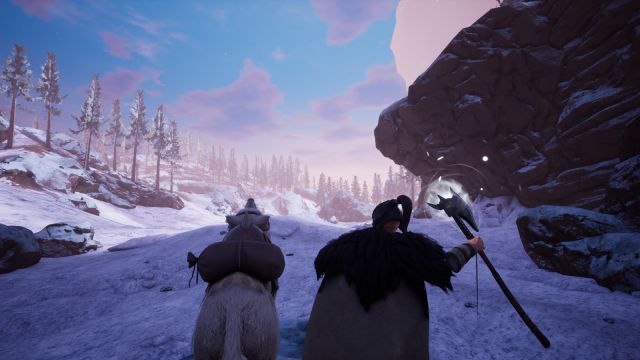 PCI: How do players grow in power as wizards? You presumably don’t start off with the full range of spells, so is there an RPG levelling system, or is this all tied to exploration and the discovery of new items and recipes and things?

AT: Citadel: Forged With Fire features an RPG leveling system of sorts, though we try to keep the ways we reward players open-ended. Experience is given to players for just about everything that takes effort: from building a large castle to slaying a fiery demon. We want you to feel free to choose whatever path you like and still feel like you’re advancing.

PCI: Regarding the dungeons you can explore for loot, are they themselves procedurally generated or is it just the loot (and maybe monsters) inside them that will change?

AT: While we do have a dynamic loot generation system, our dungeons are tailor-made. We chose early on in the development process to go with a handcrafted world to ensure that every detail feels meaningful and purposefully tied into the world’s lore and history.

PCI: For the creatures you can tame and control, are you able to give them simple orders? If not, what’s their general AI behaviour like at the moment?

AT: You can issue commands like follow or stay and can even tell your tamed creatures to behave aggressively or passively. We also have a handy tame menu where you can track your tames’ vitals, see their location on the world map, and even tell them to come to you if you’ve previously told them to wait for you. Summoning your dragon to fly in and help you when things get dangerous is a great feeling!

PCI: Right now it looks like Citadel: Forged With Fire servers are limited to 40 players each, but you’ve expressed a desire to expand that in line with testing. What process do you envisage for server expansion, and what’s your end goal for the amount of players on each one?

AT: We’re launching with a 40 player server cap to ensure the smoothest possible experience on day one. From there, we’ll be taking the metrics and data we get from measuring behaviors during long-term play on these servers to make the optimizations and improvements we need to allow higher caps. An ideal future target for us is somewhere in the 70-100 player range.

PCI: How are you planning to delineate the servers (ie; will there be PvP specific ones)? Is there a possibility of custom servers in future, with host-defined rulesets?

AT: We will have PVP, PVE, and RP servers ready for launch and will even allow players to host their own servers either in-game or via a dedicated server. Users can tailor their custom game to match their specific tastes: Want to increase the amount of XP you earn while playing? Go for it.

PCI: If someone is being a massive wizard jerk on one of the servers (be that through game exploits or whatever), are there any systems in place for that player to be reported – and is action likely to be taken?

AT: This is something we will take very seriously. In the early days we will look to our community to report abusive behavior in the game though any channels possible, whether it be the Steam forums, social media or an email through our Blue Isle Studios website. We will do everything we can to foster a positive community and importantly, a fair playing field. If this means temporarily banning certain players, we’ll do that. In the future, we’d like to consider a proper in-game reporting system to streamline the whole process. 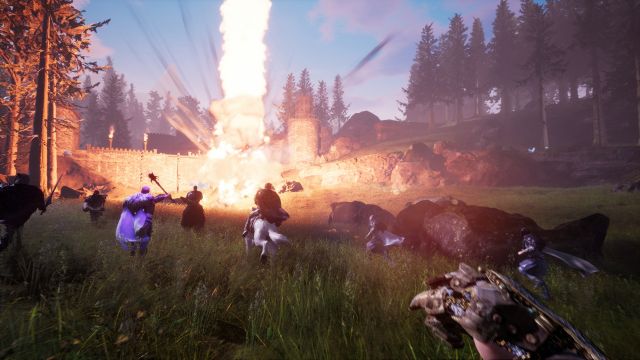 PCI: Short term (say, the first month or so of Early Access), what can people expect to see added to Citadel: Forged With Fire?

AT: We’re already hard at work on lots of free content updates, with a lot of it almost ready to go within the first month of Early Access. We have new monsters like Abominations, Massive Dragons and Skeletons, and are already preparing fan requested monsters like Rainbow Unicorns and fiery Phoenixes. On top of that we’re finishing up work on a few new armor sets, including a new set of plate metal armor that looks really great.

PCI: Long term, you say that you want the community to be your source of ideas, and it looks like you plan to implement an internal voting system for players to use. How will the voting topics be selected? Is that going to be player-driven too, or curated by the studio?

AT: It will be a combination of both, really. We have a whole host of fantastic ideas internally that we’re excited to inject into the game, but we want to do that in tandem with the feedback and suggestions we receive with the community. An early access game lives and dies by its community and we will be speaking to them every day to gather feedback, critiques, ideas and suggestions. We want them to know that we are listening very closely and take feedback from them seriously. 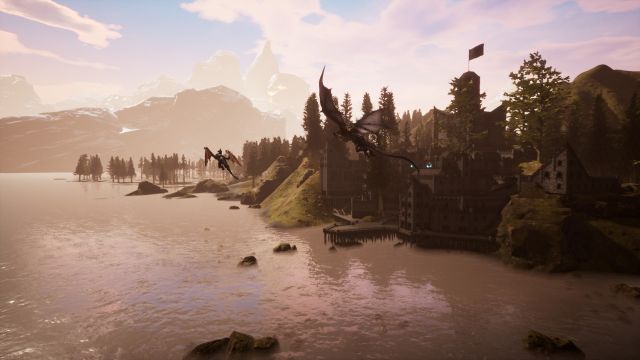 PCI: By placing this design onus on the community, is there a risk that Citadel: Forged With Fire could become another eternal Early Access game? You’ve estimated an 8-12 month EA period, but isn’t that difficult to quantify when you’re not yet sure what ideas the player-base might want you to implement for them?

AT: Firstly, just to clarify, we do not intend to place the entire onus of design on the community – that is still ultimately on us. We just want to provide the opportunity for community members to contribute if they are interested in joining us on this journey. With that said, you are right, it is difficult to estimate how long an early access process can take. Game development and production is an incredibly difficult thing to get right and timelines are more often than not, thrown into disarray.

Our job is to manage the scope and it’s something every studio needs to do. From our perspective, this is similar to a team member in the studio proposing additional ideas to add to the game. Our job is to evaluate everything: What impact does this new feature have on the game? Does it make the game better, or worse? Can we pull this off in a realistic timeframe? If we are satisfied with the answers to those questions, then we’ll go ahead and implement a new idea. If some ideas need to be left on the cutting room floor, then so be it, but we will always make sure to communicate reasons why to the community.

PCI: Along those same lines, how will you know when Citadel: Forged With Fire is ‘ready’ for a full release on Steam? What kind of milestones are you looking for?

AT: It’s never easy for a developer to finally let go and call a game final. For us, we’ll specifically look at a number of things such as content, have we provided players enough stuff to give them hundreds, or thousands of hours of gameplay? Does the game feel polished, are all of the rough edges smoothed out? Are we supporting as many platforms as possible? Once we can say yes to all of those, we’ll know it’s ready for a version 1.0 release. We estimate this will take 12 months and if it takes longer, the game will be better off because of it.

By Kevin Carignan2 days ago
Interviews