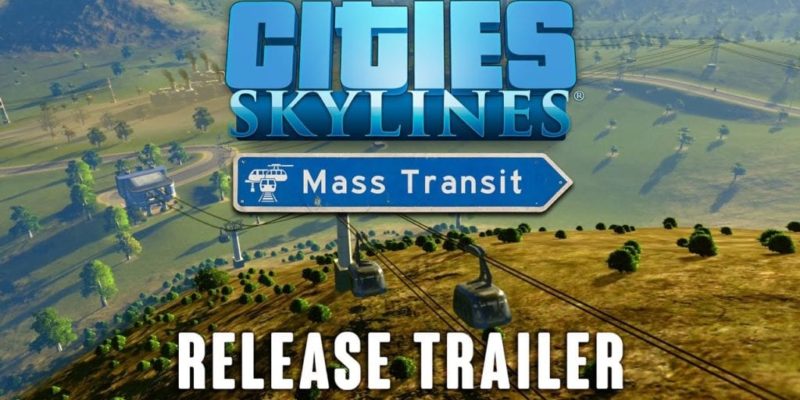 If you like getting up close and personal with public transport (frankly, who doesn’t), then today’s Cities: Skylines expansion may be of interest. Mass Transit adds ferries, blimps, cable cars and monorails, plus a new transit hub.

The expansion costs $13 USD and adds the following things. Of slight concern is Colossal Order’s tone in their press release, which suggests this Cities: Skylines DLC is the one for you “whether your goal is efficiency or mayhem”. I’m now concerned about impending virtual blimp disasters.

All’s Fare: Add ferries, blimps, cable cars, and monorails to move your citizens around town, and move valuable fare dollars into your bank account..
A Hubba Burnin’ Love: New transit hubs help handle the hubbub of public transport by connecting your transit together, letting citizens hop from line to line as they puzzle their way through the city.
That’s my Traffic Jam: Conduct the masses across bridges and canals in your great orchestra of a morning commute, and dream up new ways to go with the traffic flow.
Chirper Capita: We liked it so we put a new lid on it for Chirper.

There’s a launch trailer too. Watch that, below.

New Life is Strange game in development at DONTNOD