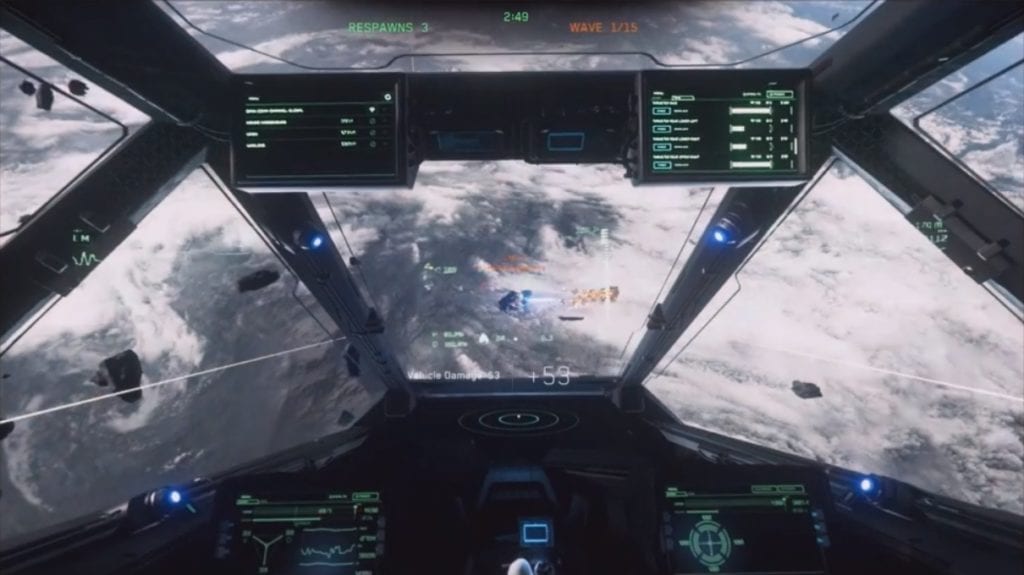 Another year, another CitizenCon. Earlier today, developer Cloud Imperium Games unleashed a torrential flood of information surrounding the development of Star Citizen. There is a lot to discuss, from working coffee makers to new biomes to a heavily gunned dropship. However, one thing that should make you space truckers squirm with dorky glee is the list of upcoming changes to the flight model for the game’s ships.

David Colson, gameplay engineer, and John Crewe, vehicle pipeline director, took to the stage to talk about the anticipated update. Without much pause, Colson readied his audience by explaining that everything is still a work in progress. Naturally, this is Star Citizen we’re talking about. The game has been in development for around seven years, and so far the main takeaway from a presentation like this is that there’s still no end in sight. But let’s get on with the show.

In the spirit of transparency, I am not an expert on aerospace engineering or Star Citizen. I don’t understand a lot of the in-depth mechanics that go into spacecraft or the physics that magically grant them flight. But I’ll do my finest to summarize the panel the best way I know. Also, please don’t ask me about sports. “We really want you to feel the ship,” Colson told the audience. By this, he’s referring to how Cloud Imperium is focusing on creating visceral flying, both through the void of space and cruising through the atmosphere. The throttle for flying has been changed. Unlike before, where pressing forward or reverse will set a target speed, moving forward now accelerates the ship. Letting the button go stops the acceleration, but you continue moving along at your present velocity.

There are two different modes for the throttle: coupled and decoupled. When coupled, the ship is essentially attempting to reach a particular speed, shown as a dot on the updated HUD. Turning while coupled causes your thrusters to fire, changing forward momentum, while still attempting to reach that speed indicated by the dot. Decoupled mode, however, works differently. Colson explained that it operates in a Newtonian manner, or like “pushing asteroids.” It was then I noticed my mouth tasting of copper.

Afterburners are getting removed. Instead, they’ve been replaced by a Boost. The boost is activated with the shift key. Pressing it essentially increases acceleration, as a boost is wont to do, but with effort poured into visceral flight, you can feel appropriate velocity changes. Coupled with how your ship moves, audio cues also go into giving the boost some much-needed oomph as you jet through the black.

With the changes to the afterburners also comes cruise control. No longer will you have to hold shift to get up to cruise speeds, and with the afterburner trashed, you won’t get kicked out of boost when you try and turn your craft. Cruise is thankfully simple to explain. Holding forward causes you to accelerate to speed. You watch as the ship shifts and wobbles through the void, quickly building up to top speed.

If you go past the safe maneuvering of the ship, the coupled mode activates, limiting turn speed. The SCM (Standard Combat Maneuvering) Speed Limiter holds you within a certain speed range in order to reduce drift. I briefly mentioned thrusters before, but at this point, Colson and Crewe went in-depth with all the vast changes seen with the propulsive devices. They are based on real-life VASIMR engines, electromagnetic thrusters that are still in development. However, Cloud Emporium sees them as the future of interplanetary space flight and believes they fit well within the Star Citizen universe.

The thrusters work independently of one another. They autonomously draw ship power, burning fuel and generating heat. They can be underpowered or overpowered, both of which affect heat buildup and movement speed. However, each mode affects the strain put on your thrusters. Firing up in overpowered mode will cause your ship to jet forward in haste, but this causes wear and tear to build. The more you abuse your thrusters, the less reliable they become.

You don’t lose all power when your thrusters become damaged. But the power behind a damaged thruster is greatly reduced. In other words, you can still maneuver your ship, whether that’s moving forward, backward, or strafing in directions, but the speed is compromised. So you have the option of always burning through space, but you’ll have to suffer repair costs for your jet-setting ways. Of course, such costs are something of concern to people who haven’t purchased the laughably-priced $27,000 Legatus Pack.

Thruster damage can be physically seen on your ship. Damaged thrusters pop and misfire, much like the backfiring of an old car. The UI shows the health bar of each thruster. The more damage caused, the more that health bar gets shaved off.

Thruster damage can offer strategic value, however. The presenters explained that, during ship combat, you can fire upon the thrusters of an opposing ship, crippling the craft. This is opposed to the old strategy many players have adopted, in which they fire upon the cockpit.

Disabling the thrusters will allow you to take over the ship without destroying a much more important section. Taking out the ship’s power core is another strategy, they added.

I was shaken briefly from my near comatose state when the panel moved onto changes with atmospheric flight. I watched as a ship entered the atmosphere of a dry, arid planet. The metal shell of the spacecraft creaked, tearing through an atmosphere which gripped the hull with burning fingers, threatening to wrench it apart. But just as the noise grew to a fever pitch, it stopped suddenly, and I drank in the rolling desert landscape under a scorched sky.

And then Colson talked about lift and drag. Anyway, the team took flight in a Gladius. They explained how you can turn faster in atmospheric flight, as opposed to outer space. As you hurl through the air, your craft is assaulted by aerodynamic forces, such as wind friction, which causes your ship to behave differently from how it would off world. With gravitational forces, you can even black out from the torque.

The Gladius takes to the sky far easier than the Aurora. While the former is designed for gliding and is, therefore, more aerodynamic, the latter – or the “flying brick,” as the announcers called it – requires more use of its thrusters to stay airborne. In a clip, the presenters displayed the affect of drag, indicating it with a large, red arrow. This drag is important for pilots, as using thrusters to speed quickly over terrain causes more heat, and ultimately, more wear and tear.

There was a lot to unveil in the panel, so let’s just summarize some of the other new features coming in Star Citizen. There will be an in-depth ship editing system which will allow you to change and alter specifications, allowing you to experience the alterations in real time. In the example, they increased the thruster maneuverability to 10 million for giggles. The change was immediate, allowing the craft to sway left and right without pause. To compare, the thrusters were brought back down to 300,000, which I believe was the default setting.

I’ll run through the rest of the updated features: to start, the game will support dual flight sticks for you simulation fans; AI flight systems have been updated; system performance has been improved, and the team hopes that having 80 ships in an area won’t completely tank your rig; there will be thruster swapping, and the UI has been completely updated with a central HUB, displaying information on thrusters, a g-force meter, and many more features to come. The ship editor will allow you to play around with ship dynamics.

To The Next Stage… And Beyond!

The final part of the panel highlighted future developments. For every step forward, the developer teases five more steps. Which I’m told is standard with Star Citizen updates.

Star Citizen 3.3 is launching in alpha for game backers. You can watch the stream at the Roberts Space Industries website, or on Twitch.

Fallout 76 Won’t Allow You To Respec Your Character