Today thousands of nerds descended upon Austin, Texas to celebrate all things Star Citizen. The sixth annual CitizenCon was packed to the gills with announcements from Chris Roberts himself and hours of developer panels. Included in the festivities was the reveal of the newest ship to Star Citizen‘s ever-expanding hangar, the Anvil Valkyrie.

Boots On The Ground

The newest offering from Anvil will fulfill a heavy dropship role within the fleets of Star Citizen. The Valkyrie is capable of vertical takeoffs and landings thanks to its four powerful thrusters. It will be able to carry up to twenty armored infantry into battle, along with five crew members to man the ship itself.

Along with twenty infantry, the Valkyrie also sports a vehicle bay and ramp for rapid deployment. The vehicle bay is capable of carrying one ground transport or reconnaissance vehicle. With so much versatility and cargo space, the Valkyrie is ready to quickly turn the tide in any battle.

The Valkyrie is bristling with guns, toting enough firepower to clear out all but the hottest landing zones. Anvil has outfitted the Valkyrie with two Size Three hardpoints. The two turrets on the main hull of the ship are manned, each being controlled by one crew member. There are three additional remote hardpoints on the wings and nose of the Valkyrie. To top it all off, there are two door guns on each side of the ship, bringing the Valkyrie’s total arsenal to over twelve turrets. With that much firepower, you’ll be able to clear out any landing zone. Who needs backup? 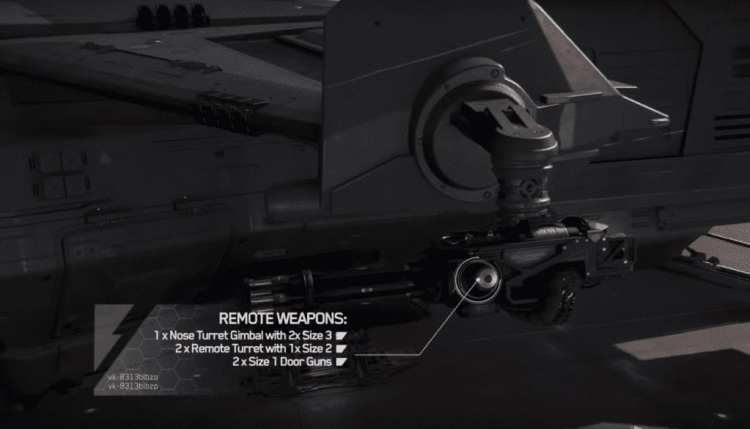 The Anvil Valkyrie is flyable in-game today with the release of Star Citizen 3.3. A special commemorative bundle that includes an exclusive trim for the Valkyrie is available until October 14 from Robert’s Space Industries. Prices range from $330 USD all the way up to $700 USD, with higher tiers including extras such as the Drake Dragonfly speederbike and varying levels of insurance.

Fallout 76 Won’t Allow You To Respec Your Character