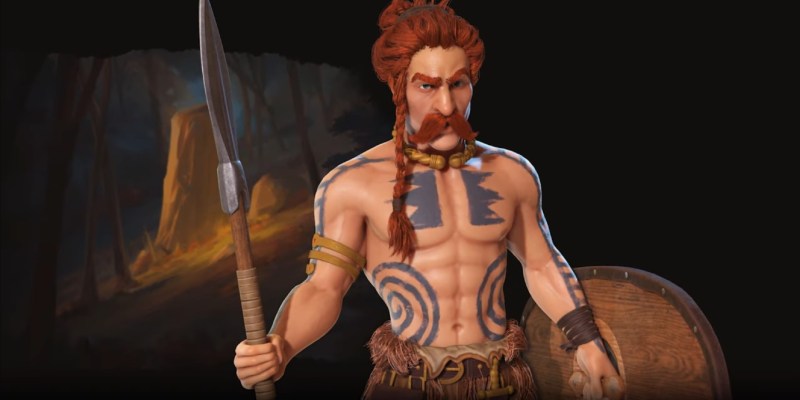 Last week, we saw the introduction of Basil II of Byzantium. Today, Firaxis has provided a first look at the other leader that joins Civilization VI: New Frontiers Pass‘ next DLC. It’s none other than Ambiorix of the Gauls.  Looks like I messed up this guess too since I initially expected it’d be Vercingetorix. In any case, you can watch the reveal video below.

Ambiorix was the leader of the Eburones, a Gallic tribe that populated Belgica (modern-day Belgium). Little is known about him save for his exploits in battling the Romans in 53 BCE. Ambiorix’s wits allowed his army to ambush and harass a Roman legion, eventually leading to its destruction. His plans were only foiled by the timely arrival of Julius Caesar who countered with his own ploys that ended the Eburone uprising. That brings us to  Gaul’s/Ambiorix’s unique capabilities in Civilization VI: New Frontier Pass.

The Gauls themselves have a civ ability called “Hallstatt Culture.” This allows mines provide +1 culture, as well as adjacency bonuses for districts. Mines also “culture bomb” unowned tiles. The downside is that specialty districts can no longer be constructed next to city centers, and they no longer give a minor adjacency bonus to other districts.

As for Ambiorix, his leader ability is called “King of the Eburones.” Melee, anti-cav, and ranged units gain +2 combat strength for every adjacent military unit. Likewise, any non-civilian unit you train gives culture equal to 20% of its cost. It’s like a variation of Gorgo’s Thermopylae ability, except you’re already gaining culture just by training your troops. 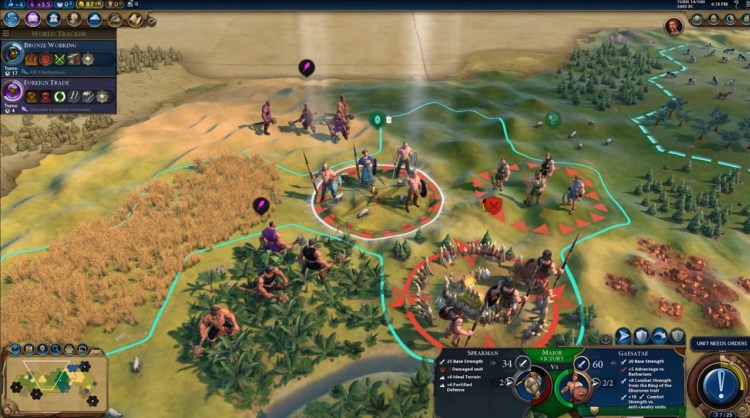 Ambiorix of the Gauls also has the “Gaesatae” unique unit (seen above). The Gaesatae is more expensive than the Warrior. However, it gains bonus combat strength versus stronger units and district defenses. It looks like the “Warrior Rush” won’t be as cheap, but there’s potential to be an elite killer early on.

Lastly, there’s the “Oppidum” unique district that replaces the Industrial Zone. It’s cheaper than the original, is available much earlier, and even unlocks the Apprenticeship tech once built. The fun part? Oppidums gain production bonuses from adjacent quarries and other strategic resources. Plus, they’ve got their own ranged attack (sort of like a Military Encampment). 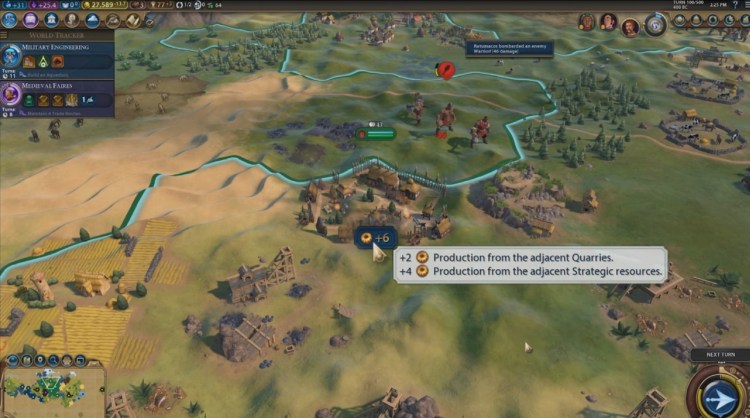 Like most of the New Frontier Pass civs, the Gauls offer a ton of synergy with their uniques. You’re looking at a potential powerhouse when it comes to production. This is combined with flexibility for cultural victories and strong defensive capabilities to boot.

Gaul and Ambiorix are part of Civilization VI: New Frontier Pass’ next DLC pack (which includes the aforementioned Byzantium and Basil II). We only need to wait until September 24 to see how these new additions fare. You can pick up the New Frontier Pass via Steam.