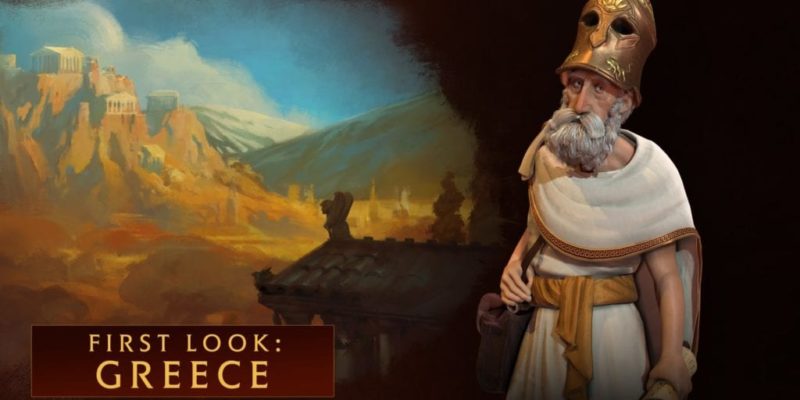 The ever-popular Greece is the latest civilization to be explored in a new Civilization VI trailer, taking a look at the usual collection of bonuses, special buildings and units. Greece is led by Pericles, who (this video informs me) promoted democracy among the lower classes of Athens.

Using their special ‘Plato’s Republic’ ability, Greece can make use of an extra wildcard civics slot (regardless of which government they opt for). No major prizes for guessing their unique unit: the Hoplite. Hoplites get a combat bonus when other Hoplite units are adjacent, reflecting the strength of their battlefield formation.

In place of Civilization VI’s theater district, Greece gets the Acropolis. You have to build it on a hill, and it gets culture adjacency bonuses for being next to other districts. Finally, Pericles’ leader ability is ‘surrounded by glory’. This means that for every city state for which Greece are the Suzerain (in control of, basically), they get a bonus to culture.

Here’s the trailer. Civilization VI is out on 21 October.

All Battlefield 4 DLC is free until 19 September

The Witcher 3’s Geralt is getting his own postage stamp