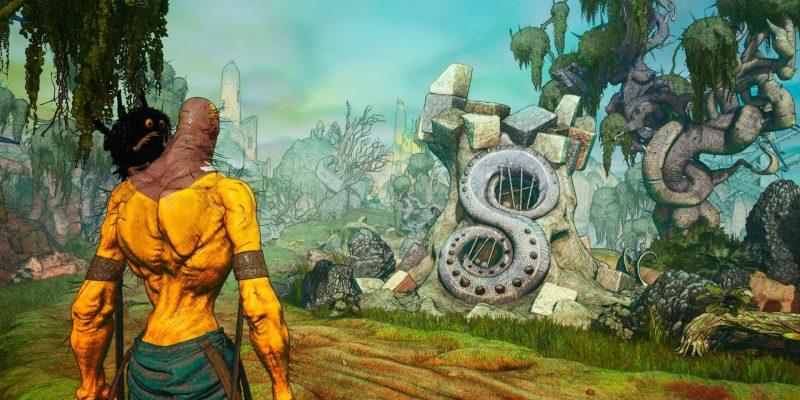 Out of all the projects that indie developer ACE Team has made, the Zeno Clash games stand out as some of their more well-known titles. In particular, the first game received praise and multiple awards due to its unique visuals and world design. And it seems that fans of the developer’s work will get to explore the world of Zeno Clash once more. The Nacon live stream event from yesterday revealed a trailer for a spiritual successor in the form of Clash: Artifacts of Chaos.

The trailer immediately stood out thanks to the game’s distinct visual style, which combines cel shading with a creative world and a bizarre cast of characters. Along with this, the trailer showed off a great deal of hand-to-hand melee combat, a feature that defined the previous Zeno Clash games. Interestingly, the gameplay footage switched between both an over-the-shoulder third-person view and a first-person view mid-combat. Considering that the Zeno Clash games took place entirely in first-person, this was a surprising change of pace for fans of the series.

The premise of Clash

According to the Steam page, players assume control of Pseudo, a capable warrior “haunted by his memories.” He comes across a small creature who “attracted the attention of Gemini, the terrible mistress of the Artifacts” due to his healing powers. Pseudo opts to protect the creature from those that threaten him, unaware of the “larger forces [that] are at play.” Although the story and characters deviate from those of the prior Zeno Clash games, it still takes place in the series’ established world, Zenozoik.

Clash: Artifacts of Chaos and its debut trailer definitely stick out in comparison to the rest of the reveals at the Nacon live stream, and it should serve as welcome news for fans, especially considering they have not received a new Zeno Clash entry since 2013. The Steam page states that the game will come out sometime in June of next year.

Microsoft plans to compete with DLSS, FSR, and other resolution upscaling tech

Destiny 2 Witch Queen expansion emerges from the darkness next month