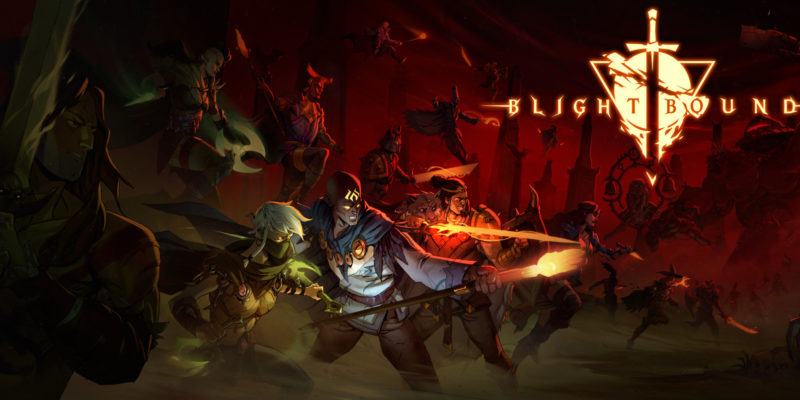 Only a day before its Devolver Direct event, Devolver Digital has announced the release date for Blightbound. Made by Ronimo Games (also known for Awesomenauts), this three-player, co-op dungeon crawler comes with a distinct cartoony, yet old-school horror vibe. It all takes place in a fantastical world filled with monsters, magic, knights, and heroes. The game will enter Steam Early Access on July 29 with a 10% discount from its $19.99 price.

The mantle of the Blightbound

Blightbound takes place several decades after a lengthy, near-apocalyptic battle. Unfortunately, though the Shadow Titan was defeated, his corpse brought the Blight, “a corrupted fog that alters any living creature exposed to its evil for too long”. Now, the Blightbound must unite in order to reclaim this world from the horrors.

In Blightbound, there are three archetypal roles with which you face the corrupted abominations that roam the world: Warrior, Assassin, and Mage. It seems rather generic, sure, but why fix what isn’t broken? Spread among these roles stand over 20 unique, unlockable heroes, each with their own set of abilities. Each hero has their own stories going on, too, and it’s up to you to see them to completion.

As you progress through the game, you can also upgrade your base by recruiting artisans to craft new items, fulfilling bounties, and training your newly acquired heroes.

The trailer for Blightbound shows off some of its great visuals and handmade dungeons. It also provides a glimpse at some very smooth-looking gameplay. With several dungeons spread over three distinct zones, massive bosses, and some “clever puzzles,” the game looks like good fun for three friends looking to destroy some evil that remains after the defeat of the Shadow Titan.

We don’t know whether Ronimo will expand the game when early access is over, or whether the aforementioned features are the ultimate goal of the release. We’ll no doubt learn more in due time – perhaps even during tomorrow’s Devolver Direct.