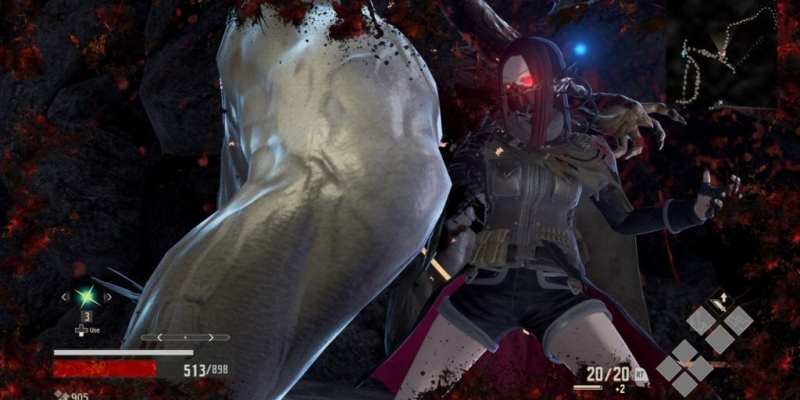 What do you get when you take Dark Souls, post-apocalyptic vampire lore, and anime and throw them in a blender? Well, those things are concepts, not physical objects, so we’ll never know. But metaphorically speaking, you’d get Code Vein. If you’re clamoring for the game because you want something to scratch that Dark Souls itch, you’re going to find a fairly easy-going experience that will disappoint you. But if you’re good with “Dark Souls but way easier and with much worse level design,” then you’ll probably have a good time with this one.

I honestly hesitate to even call Code Vein a Souls-like. It borrows the combat and some design elements but repurposes them in some surprising ways. And when I say “borrows,” I mean it. The combat here is extremely similar in speed, handling, and feel. It’s a bit clunkier, I suppose, but the game still plays well. As a fan of Dark Souls‘ combat, I enjoyed what this game offers. It was pretty interesting to see the familiar action play out in a game of this sort, but I think it worked out with decent results.

So, what makes it so much easier? The biggest change is that you have a helper NPC with you at all times. And they’re not just for show. They’ll do a lot of the work and watch your back, and they’ll generally revive you if you kick the bucket. On top of that, the enemies don’t typically do as much damage or present as much of a threat as they do in the real McCoy. 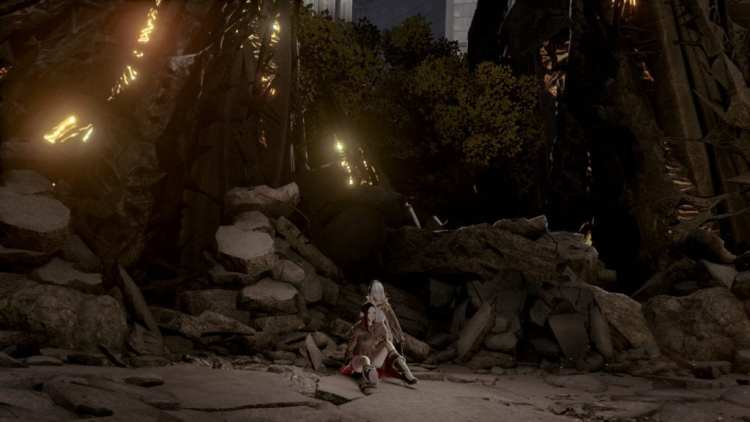 Enough talk, have at you!

Code Vein starts with a character creation screen followed by a brief tutorial before shoving you out into a ruined city. The area has been locked up by a red mist that keeps anything from leaving or entering. Before the game starts, there was an incident where forces were mustered to take down a destructive force known as Queen. Casualties were so high that those in charge resorted to planting the BOR parasite in the hearts of recent corpses. This parasite turns the dead into Revenants, who must subsist on human blood. There’s a lot of lore here, and although the world-building is kind of lackluster, there are plenty of interesting details to sink your teeth into. Sorry, vampire joke.

Now, Revenants are only sort of vampires. Yes, they need blood, but they don’t have fangs and they don’t throw wine glasses around or declare this or that a miserable, little pile of secrets. The basic gist of the plot itself is that you’re pulled into a ragtag group headed up by a guy named Louis. Louis is investigating these things called bloodveins that supply the Revenants with these little blood containers. Along the way, you join up with others and work to solve the world’s mysteries.

The big issue with Code Vein‘s story, though, is the characters. The entire cast is made up of stock anime types, with a lot of their interactions being very familiar. At one point, a character goes to confess her love, only to be stopped. When another character asks about it, she replies that she was going to say she always loved his cooking, which he believes because he’s a dense anime character. It’s kind of hard to care about the cast due to this. But people who are already fans of generic anime won’t mind at all. Regardless of this, I found the story decent. 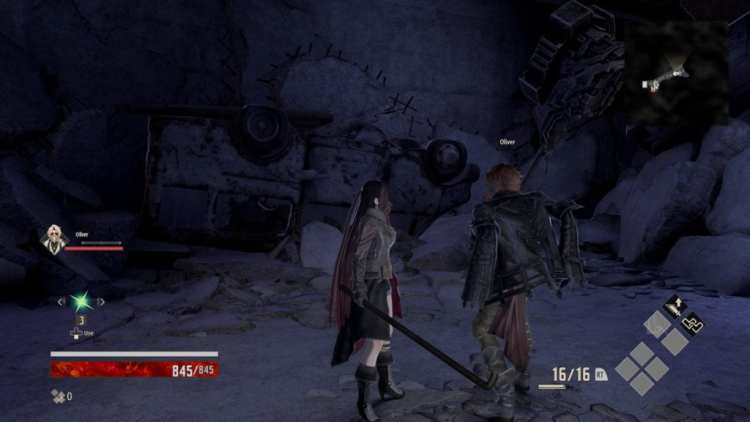 All in the structure

Code Vein separates itself from similar games due to the way the areas are designed. Whereas most in the subgenre focus on having tight, memorable levels with no map and no wasted space, this one goes in the opposite direction. There’s a minimap in the upper-right-hand corner at all times, and you can get a better look by pressing the start button. No pausing, though. This one has online features. The areas are a mixed bag, though. They’re big, but they’re generally very repetitive and, at times, downright confusing to navigate.

Thankfully, the map system works well. You map out the area by finding these white plant things that act like bonfires. Activating one shows you the surrounding map area and lets you heal, teleport, level up, and buy new abilities. There are also little dots on the minimap showing where you’ve been, so knowing where you have and haven’t explored is easy — at least, when you’re not dealing with multiple floors. I’m okay with most of the game’s level design, even if I prefer how it is in other games. 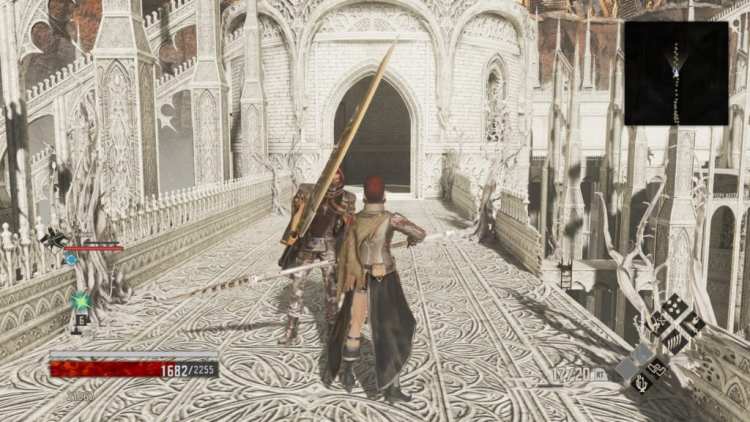 Fighting here is exactly as you’re imagining. Everything is tied to a stamina meter, and you have a handful of different weapon types to choose from, each with light and heavy attacks. Defeating enemies nets you experience that you drop if you get killed and you can use that as currency. However, Blood Codes differentiate Code Vein. You get these either by finding vestiges of Revenants who have passed or went into a frenzy due to lack of blood or from interacting with your comrades. The game throws a whole lot of enemies at you too, so having help is baked into the enemy placement. They’re mostly of the humanoid variety, though, so if that sounds boring to you, it is what it is.

Code Vein has several partner characters, each with unique abilities. They give their Codes, which have different stats and abilities called gifts. Gifts can be physical or projectile attacks, buffs, or even special skills such as finding items or teleporting to the last rest point you used. There are a ton of different Codes, so if you enjoy experimenting with different builds and skills, there’s a whole lot here to keep you busy. I stuck with Louis’ code for the entire game, simply because it has really good stats and I didn’t find using gifts to be that necessary due to the game not being all that difficult. I also stuck with the same partner character, Yakumo, because he just does a ridiculous amount of damage and has a lot of health. Gifts require the use of ichor, which you can carry a certain amount of based on what code you’ve equipped. You can get more by draining your enemies, either with a slower charged drain or one that you use in the middle of combat. 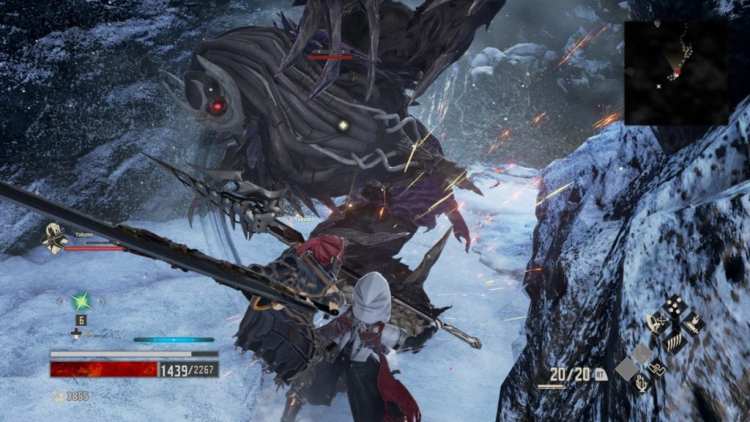 Code Vein just isn’t very interested in killing you. Rest points can be pretty far from another, but I didn’t die much at all. Even the bosses are often quite easy. I don’t think I died more than once to the first four of them. And many of them can be easily bested on your first try. However, I did make sure to upgrade my weapons, kept my stat scaling in check, and found a lot of items that increase healing.

That’s not to say that the game is a cakewalk. It’s of medium challenge, I suppose. Most enemies don’t pose much of a threat to you, but some powerful ones can end you in a flash. When bosses pose a challenge, it’s usually due to them being able to practically one-shot you, which can feel cheap more than challenging. But they’ll likely only take most people a few tries each. This extends to the final boss as well.

Code Vein‘s story took me about 22 hours to get through. There are also several optional levels you can access by finding maps that can be given to a certain character so that you can travel to a small level. I only found five of these, though. Once you beat the game, the requisite new game plus is unlocked and you can choose to start again from the beginning with all of your codes, equipment, and abilities. 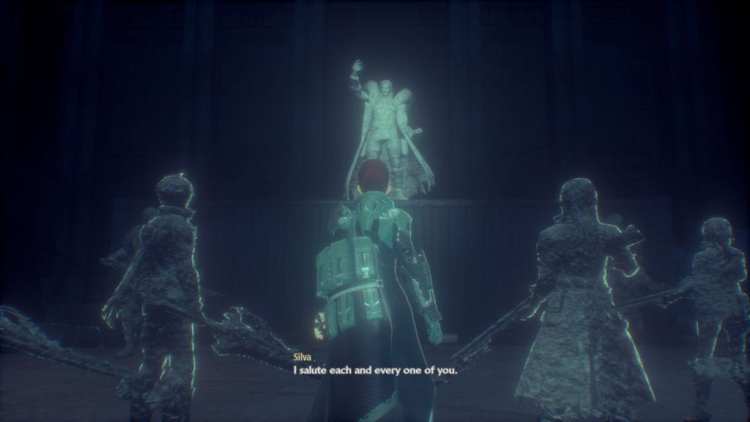 Code Vein is fairly enjoyable, but the level design and level of challenge can’t compete with the games it takes inspiration from. That said, though, it’s pretty fun and I enjoyed myself. The graphics are decent but dated, especially with the simple anime-esque character models that have a ton of clipping problems, and the story is fine for what it is. If you’re in the market to play an anime Souls-like or just one that isn’t difficult, this game is a solid bet.

Code Vein is pretty fun, but it's dragged down some by some rote characters and dialogue and mediocre, tedious level design. It's also probably too easy for genre fans, but it's a solid game in its own right.