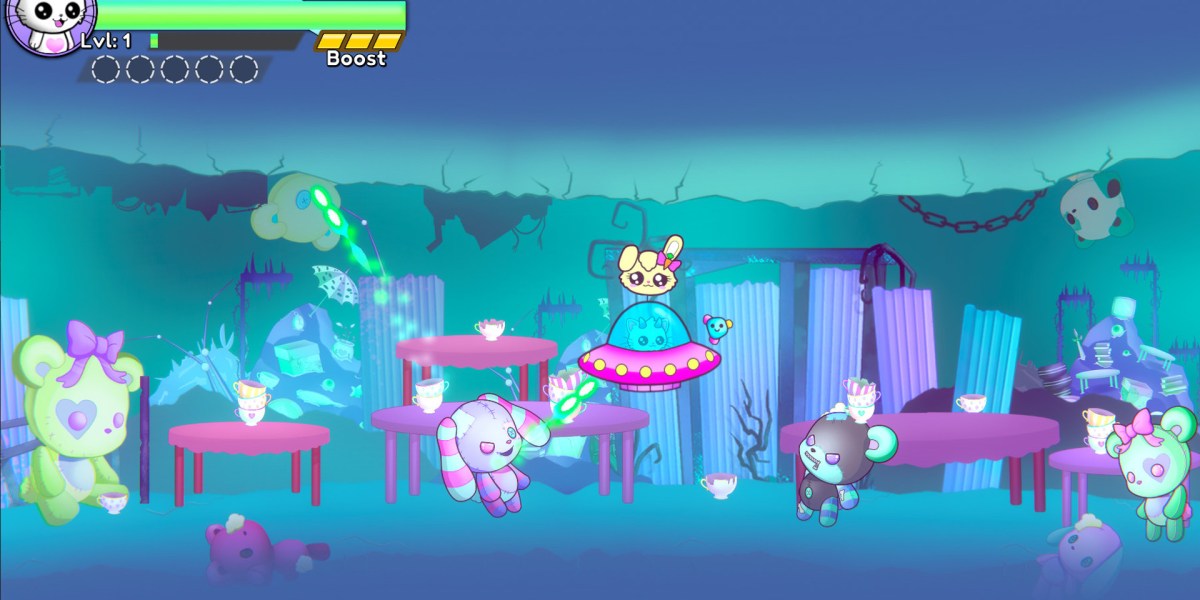 Mainstream gaming has focused more on offering experiences that cover dark or complex subject matter in recent years. Even the AAA games that take themselves less seriously tend to boast realistic visuals that appeal more to the current tastes of mainstream gaming audiences. Having said that, an audience for games with more cutesy, bubbly aesthetics will always exist. Flewfie’s Adventure, a side-scrolling shoot ’em up starring a cat in a flying saucer, provides that in spades. The game may not have AAA-quality visuals, nor does it take itself the least bit seriously, but it should satisfy those looking for something a little bit more innocent. Flewfie’s Adventure arrived on Steam today, so those interested can jump in right away.

The developers dropped a launch trailer that should inform players of whether or not the game appeals to them. As one would expect, the trailer features insanely colorful visuals as well as heroes and villains that overwhelm the viewer with their adorable charm. The gameplay appears fairly straightforward, with the protagonist able to fire at enemies from all directions, pick up objects with a tractor beam, and solve various puzzles.

Don’t stress about the story

A game like Flewfie’s Adventure does not need a particularly deep or complex story, and the title certainly seems aware of this. Essentially, an evil cat wants to take over the world, and players control a decidedly not-evil cat that fights to stop them. Those curious enough to learn more about the wacky premise of Flewfie’s Adventure can do so by reading the title’s Steam page.

Flewfie’s Adventure should provide a pleasant escape from the stresses and challenges of the real world, at least for those open to trying it out. The game’s base price is $14.99 USD, but those who get their hands on Flewfie’s Adventure between today and September 30 will only have to spend $9.74 USD.