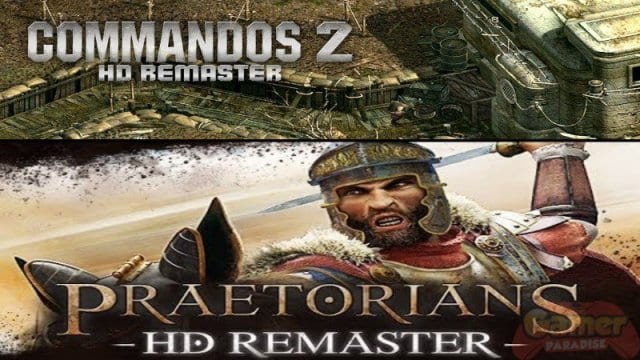 Just the other day, I wrote that I was looking forward to Kalypso Media’s revival of the Commandos franchise. I was expecting sequels, but a remaster will have to do for now. Today at Gamescom 2019, the publisher announced HD remasters for Commandos 2 and Praetorians. Hopefully, we’ll also see remastered versions of Commandos: Behind Enemy Lines and Commandos: Beyond the Call of Duty. For now, based on the trailers below, it looks like a decent upgrade if you’ve had issues setting up the original version on your current PC.

Commandos 2 puts you in control of an elite group of special ops commandos as they infiltrate enemy territory. The game gives you a series of highly demanding and complex missions, set in the backdrop of World War II, and you’ll need all your troops’ skills to succeed. From a top-down perspective, you can explore interactive environments through a variety of specialized skill sets in order to complete your mission against seemingly impossible odds. It’s an excellent real-time tactics game where stealth is often essential to your objectives.

Praetorians features a similar top-down perspective and real-time tactics gameplay to Commandos. The difference is that you’re not just commanding a handful of special forces, but rather complete legions of Romans, Gauls, and Egyptians. Each unit has its own formation and unique sets of abilities, and you must combine them all to exploit the weaknesses of your enemies. The closer you get to the Emperor, the closer you will be to the Praetorian Guard – the ultimate and most powerful enemy.

Are you looking forward to these remastered versions? Or are you waiting for the first two Commandos games instead? Leave your comments below!