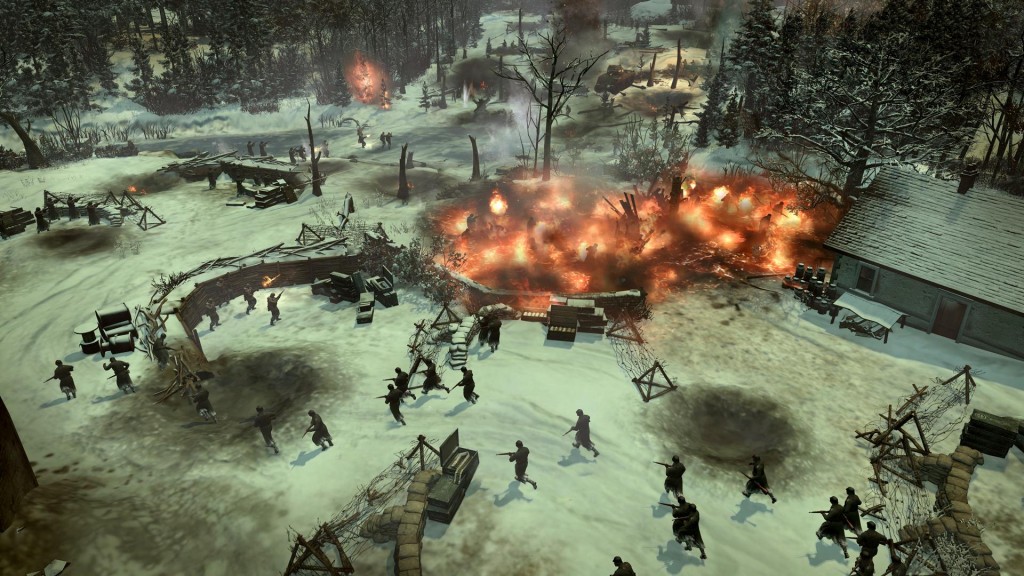 Who knows? Maybe the mod tools will let people turn Ardennes Assault into Defence of the Ardennes.

Company of Heroes 2 will be getting mod tools and an observer mode later today.

SEGA and Relic have revealed details of the game’s latest patch, due to go live at 2pm PST (about three hours from the time of writing). It looks like they’re trying to give Company of Heroes 2 some legs, in the sense that there are both mod tools letting players tweak the game to their liking, as well as an observer mode which appears squarely aimed at livecasting.

The observer mode will allow over 500 players to view a match at any given time, with the ability to disable the UI and show the game “cinematically”, as well as the ability to allow or deny livecasting of games. The players can choose whether or not observers will see a delayed version of the game (with between 0 and 15 minutes supported), plus the option to observer as a party, to keep casting teams synchronised.

The mod tools – which include an Attribute Editor, a Mod Builder, an Archive Viewer, Tuning Packs, and Win Condition packs – will let players modify existing content, adjust game rules, create their own win conditions, and generally futz with the game in a number of varied ways.

Those still playing Company of Heroes 2 will likely welcome these changes, although I have absolutely no idea how big that group is. It’s presumably big enough for Relic to spend a bit of time getting all of this sorted, though.

By Damon Apelt8 hours ago
Reviews