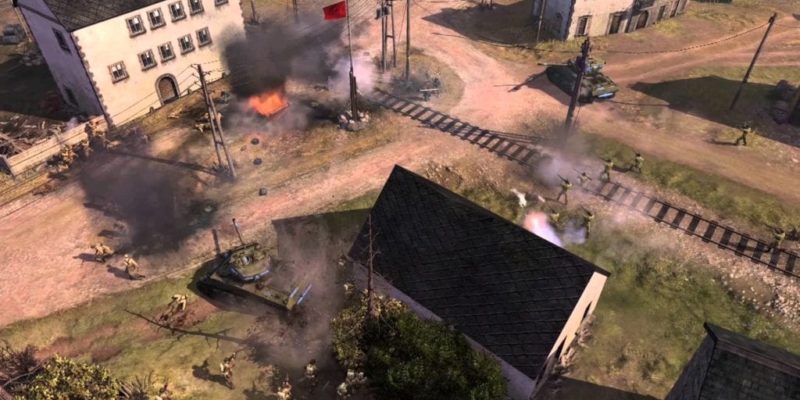 Relic’s Western Front expansion for Company of Heroes 2 will be parachuting into release on 24 June. The add-on brings a pair of new armies to the game; US Forces and the German Oberkommando West. Even if you don’t own Company of Heroes 2 you will be able to purchase each army as a stand-alone (at $13.00 USD) and get involved in multiplayer.

If you pre-order the expansion, Relic will toss a couple of unique vehicle skins (one for each new faction) your way too. Exciting stuff.

Here’s an unusually voiceover-free trailer for the add-on, featuring the two factions attempting to blow one another up.

New Unreal Tournament will be PC only, community led and free (not f2p)