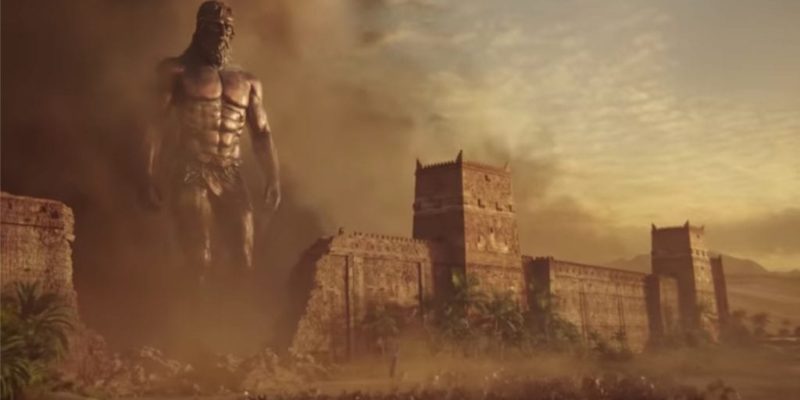 Originally unveiled back in December 2018, Conan Unconquered takes you to the Hyborian wastes like never before — mixing real-time strategy (RTS) and survival. Conan Unconquered‘s gameplay reminded us of They Are Billions. The influence can be seen with hordes of enemies assaulting your stronghold. Recently, developers Petroglyph Games (Star Wars: Empire At War, Grey Goo, Command & Conquer and its upcoming remasters) shared some more information, including their design influences. Check out the video below:

See Your Enemies Driven Before You

“Overwhelming odds” is a key phrase you’dll hear during the video. Indeed, customizing your Conan Unconquered game could see an infinite number of enemy waves attacking your base. Randomly-generated maps also mean additional replayability, and you’ll have to gather various resources such as wood, gold, and iron to produce more buildings or units. Environmental effects such as fire, sandstorms, and even diseases can affect your playthrough. Likewise, Conan Unconquered will let you play co-op against challenging waves.

They Are Billions was noted as a major influence, along with Frostpunk. These types of games, combined with Stronghold and set during the Black Colossus storyline written by Robert Howard in 1933, all add flavor to Conan Unconquered‘s mechanics and features.

Perhaps it also comes at an opportune time. Funcom, who will publish Conan Unconquered, tried their hand in 2017 with the MMO Conan Exiles. Although the game had a promising start, its player base has dwindled considerably since then. From 53,000 back in February 2017 to a mere 8,000 to 9,000 in recent months, Conan Exiles retained a dedicated fanbase. Unfortunately, that doesn’t mean exceptional growth.

Conan Unconquered might reinvigorate interest in the universe, and Petroglyph’s experience in crafting strategy games would be of immense value. Although only showing alpha footage, it seems to have a lot of promise. Then again, it could also end up with a lukewarm reception, with the only lamentations coming from its fanbase. We’ll find out more once we get closer to the Q2 2019 release.