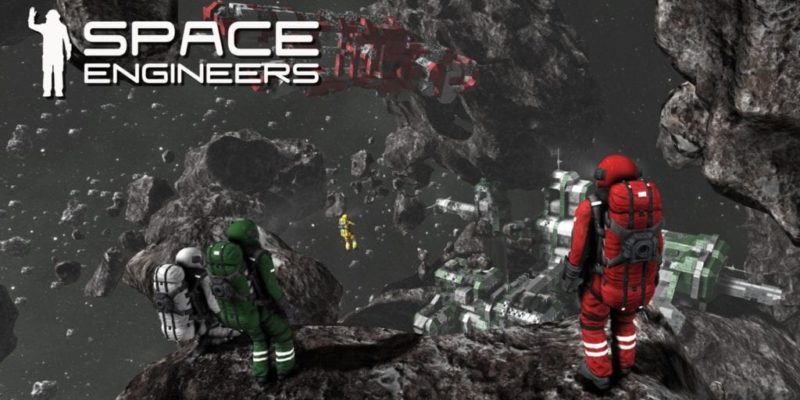 As a Space Engineer you can build ships and space stations of various types – from civil ships to military ones – and then pilot them around, mine asteroids, or just smash them into things and watch them fall apart. Y’see, Space Engineers has a “realistic volumetric-based physics engine”, the upshot being that everything can be assembled, disassembled, damaged, or destroyed. If a ship careens into an asteroid, the blocks making it up will deform or be destroyed.

The game has a focus on pseudo-realism; it follows the laws of physics, doesn’t use technologies that wouldn’t be feasible in the near future, and extrapolates from current tech to come up the stuff you can use.

Space Engineers is currently in alpha, and is due to hit Steam Early Access soon. You can check out some screenshots and video footage from the current alpha build below, and you can have a look at Marek Rosa’s blog for some more details on how it works and how the team made various decisions about the game.