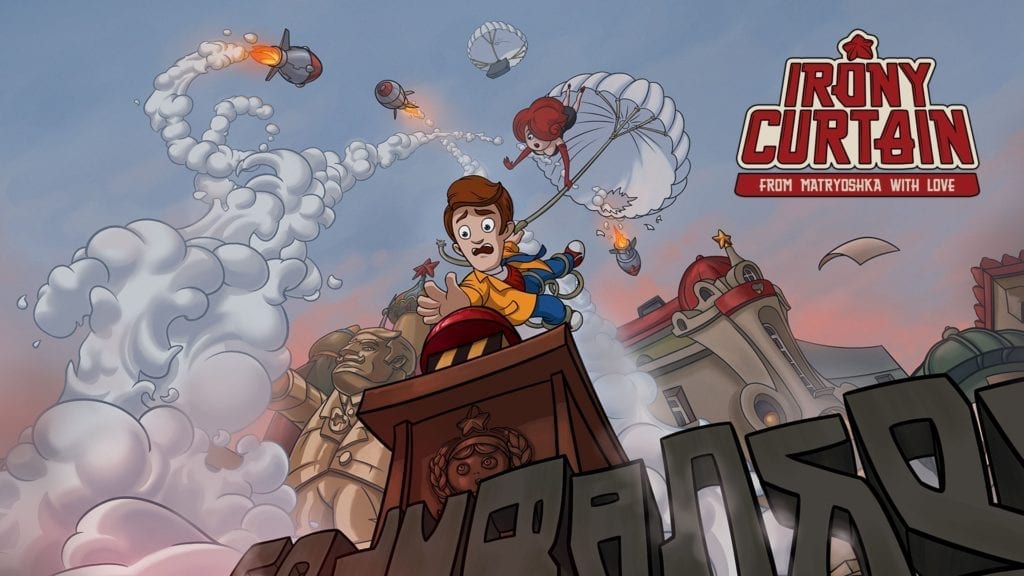 Enter our contest for your chance to win a Steam copy of Irony Curtain!

Today’s contest is for a Steam copy of satirical point and click adventure title Irony Curtain!

Satire is tough to do, man. You have to be subtle enough without being too in your face, but obvious enough for the average cretin, like me, to understand. It’s a tough balance! Which is why I pretty much only do fart jokes.

Irony Curtain looks to make a smart satire out of Cold War spy intrigue. Come give it a shot on our dime!

Irony Curtain: From Matryoshka with Love is a satirical p’n’c inspired by the classic adventure games. It smuggles you out of your comfort zone and throws into the middle of a Cold War spy intrigue – and there’s an even bigger game being played…

Take a look behind Irony Curtain in a satirical point and click inspired by the best works of LucasArts and Daedalic Entertainment! Experience Matryoshka through Evan – a low-ranking, goofy journalist involuntarily pulled right into the middle of an espionage stand-off between two powers. Hop onto the wacky spy adventure, uncover secrets of the bizarre communist country (and the powerful capitalistic empire!), witness the story full of unpredictable twists and turns and discover the true agenda of the mysterious Supreme Leader!

What can you expect:

Well, they certainly covered their bases.

To enter to win, use the widget to leave your name and email address. You can enter daily for additional chances to win. For bonus entries, follow PCI on Twitter and share our contest post with your friends.

While you’re waiting, comment below telling us your secret Cold War super duper spy name. They called me Wet Lizard back in the day because the Soviets couldn’t grab me! Every time they tried, I slipped out of their hands like a wet lizard. It had nothing to do with my pale green skin and the fact that I ran around a lot in the nude. Trust me on this.

We have three Steam copies to give away. Winners will be drawn Wednesday, May 29.

Irony Curtain is available now for Steam, with a console release coming later this summer. Head over to Destructoid for more chances to win a copy.