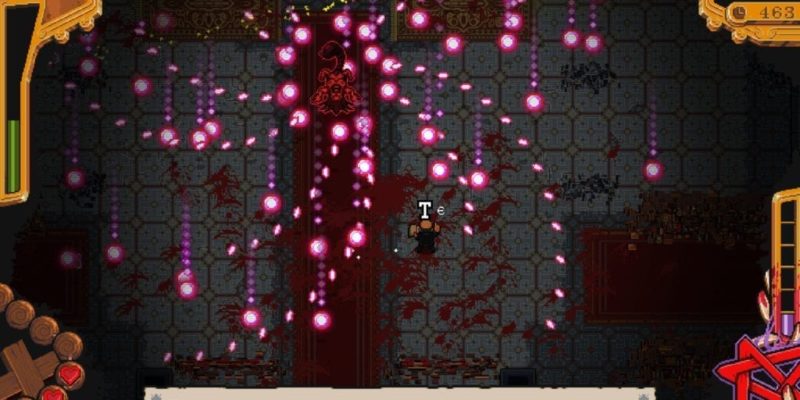 Enter our contest to win a Steam copy of The Textorcist

Today’s contest is for a Steam copy of The Textorcist!

It’s not often a game makes me wish I were a PC gamer. This is one of those games.

We have some Steam copies of typing/bullet hell nightmare The Textorcist to give away. And holy shit it looks and sounds amazing.

You’re Ray Bibbia, a priest who’s sick and tired of the demons plaguing the earth. There’s only one thing to do — grab your trusty Bible and ex-spell those demons back to Hell. You’ve got the power of holy words on your side, which you will have to type out as the minions of Hell spray out waves and waves of bullets. You’ll dodge. You’ll type. And you’ll kick ass. As the demons become tougher, as do the spells — English will have little effect on stronger enemies, forcing you to type in Latin to do some real damage. Good luck typing in Latin and dodging bullets, y’all.

And did you hear the soundtrack in the trailer? I think I’ll download that. Good stuff.

To enter to win, use the widget below to leave your name and email address. You can repeat daily for additional entries. For bonus entries, follow PCI on Twitter and share our contest post with your friends. I don’t know if that makes demons go away or not, but it’ll at least spread awareness. And knowing is half the battle.

We have four Steam keys to give away. Winners will be drawn on Friday, February 22.

The Textorcist is available now on Steam. Head over to Destructoid for more chances to win.

Week In PC Game Releases: Anthem Javelins Its Way To Your Screens