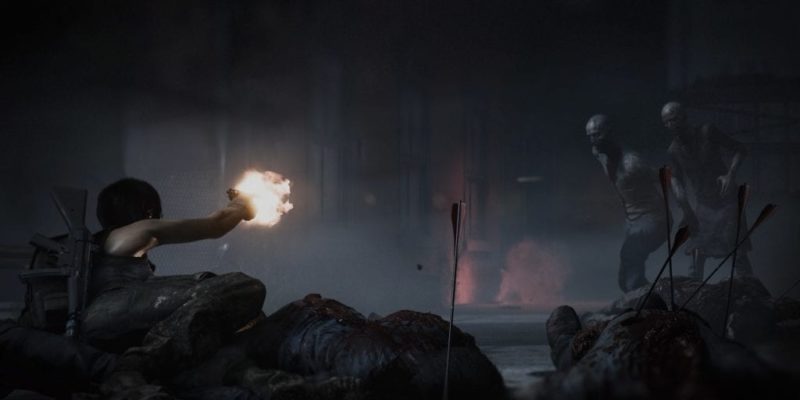 Enter our contest for your chance to win a Steam copy of OVERKILL's The Walking Dead!

Is this contest overkill? Enter to win a Steam key for OVERKILL’S The Walking Dead.

I hate it when zombies take over the Earth and you have to scavenge for supplies and hopefully not get killed by either zombies or roving bands of evil humans. It’s such a pain in the ass!

Help eradicate the hoards of the undead in OVERKILL’S The Walking Dead. It’s way more fun with friends!

Inspired by Robert Kirkman’s original graphic novels, OVERKILL’s The Walking Dead is a four-player co-op action game where players must band together on a variety of missions and raids to find survivors, secure supplies and stay alive. Use stealth to evade enemies tactically, or dismember walkers limb from limb with brute force and firepower. Each of the game’s four playable characters has their own special abilities, skill trees, squad roles, play styles and background stories.

I’d add more, but what could I say? The Walking Dead is one of the biggest franchises on the planet, and we’re trying to give you a key for the new game. Simple, right?

To enter to win, enter your name and email into the widget below. Then, if you’re feeling brave, follow PC Invasion on Twitter and share the contest with your friends. You’ll not only get more chances to win, but you’ll also gain the satisfaction of keeping me employed one extra day! Unless you don’t like me, in which case you’ll have to begrudgingly decide whether or not gaining more entries is worth keeping me around. A real dilemma, that one.

We have three Steam keys to give away. Winners will be drawn on Monday, November 19.

OVERKILL’S The Walking Dead is available now on Steam.

Win A Steam Key For OVERKILL’S The Walking Dead

Here Are Your Nominees For The 2018 Game Awards