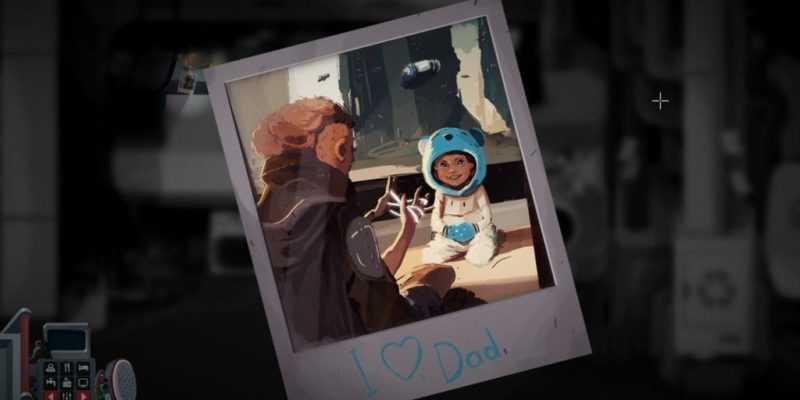 GhostShark Games is back after four years with a brand new psychological adventure: Still There. The game is expected to release later this fall on Steam and Nintendo Switch.

Players will follow the journey of Karl. According to a job description listed on Still There‘s Steam profile, Karl has accepted a job aboard the Bento Space Lighthouse. His official title is keeper of the lighthouse. Day in and day out, he is tasked with performing operational checks, collecting data, participating in the occasional drug trails, and so on. He’s isolated on the ship but finds companionship in the quirky AI known as Gorky. Players will maintain the lighthouse by solving puzzles and completing daily responsibilities.

One day, Karl receives a mysterious transmission, and the secrets of his past begin to unfold. In the trailer, we learn that Karl has not only left his wife, but also his child behind to take up this job. Throughout the story of Still There, players will be unraveling the dark past left behind by Karl.

This will be the fourth addition to GhostShark’s portfolio. The studio is most known for its multiplayer FPS game Blockstorm. In the past, GhostShark has focused on creating easy to pick up games that revolve around gameplay. When they began working on Still There, however, the team wanted to try something different. They wanted to create puzzles that take a complex, analytical approach to solving them. In addition, Still There is meant to be a representation of the different perspectives found in the development team. Unlike their previous titles, Still There is meant to make players think about the story and the emotions behind it.

Currently, you can wishlist the game via its Steam page. There is no official release date yet, but those who are interested can find updates on GhostShark’s Twitter.