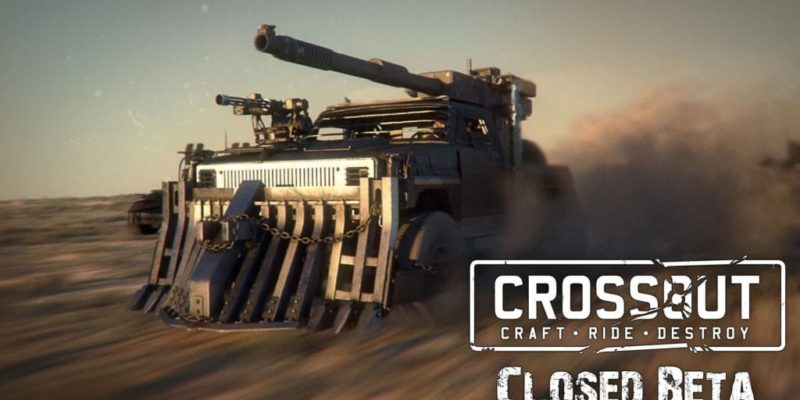 Gaijin and Targem have launched the closed beta for their upcoming vehicle combat builder Crossout today.

Crossout has been in closed alpha testing for a while and today’s closed beta launch brings new features to the post-apocalyptic vehicle combat title. Added in the closed beta is a new map called Founders Canyon and the game now comes with VR support “for full immersion into the vehicle construction process.”

Another new has been added where players can create Leviathans at a special compartment in their garage. These monster creations can be sent into PvE battles to fight with other players. The Leviathans are AI controlled, and every time a player’s Leviathan wins a battle, the player is rewarded. Leviathans can also be pulled out of PvE missions at any time to be enhanced by its creator.

Anyone interested in taking part in the closed beta test can get involved by purchasing Early Access Packs which also include unique vehicles, avatars, rare paints and patterns and some in-game currency. All these extras can be moved over to the open beta when that launches in the future.

We took a look at Crossout last year when it was quite early in development and it did look promising.

Second Piece of Fallout 4 DLC Out Next Week

Fallout 4 Wasteland Workshop trailer and out next week