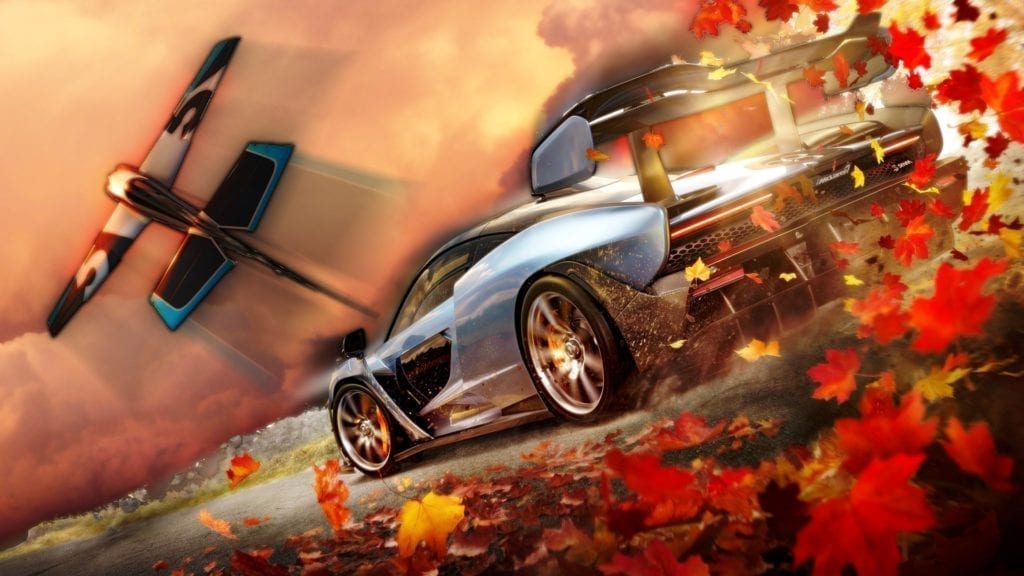 2018 has been a good year for arcade-racer fans, as two high-profile open-world titles have stormed onto the scene: The Crew 2 and Forza Horizon 4. Ever since Ubisoft first announced The Crew 2, comparisons were being drawn between it and the Horizon series. I, myself, actually delved into this topic earlier this year before getting my hands on Horizon 4. Now that I’ve actually played (and reviewed) both The Crew 2 and Forza Horizon 4, I can give my final thoughts on which racer truly “does it better”. Here’s a ‘spoiler’: making a comparison between these two games isn’t really all that cut-and-dry.

On paper, Forza Horizon 4 and The Crew 2 are pretty similar to each other. They’re both open-world, arcade racing games. They also both cast the player as a rising star in a big media event centered around racing with the goal of gaining as much social media attention as possible. Well, honestly, the Ivory Tower development team behind The Crew 2 really did shamelessly rip that second element straight from the Horizon series. But, we must give credit where credit is due — The Crew 2 has its own gameplay style going for it.

Featuring not just land vehicles but also airplanes and boats, The Crew 2 has tried to add a whole new layer to the open-world racing genre with its multi-vehicle set-up. The fact that players can switch between these three vehicle types in a matter of seconds, just from the push of a button, emphasizes this. This mechanic was a major highlight in my review; I’ve enjoyed it since the first few minutes of being let out into The Crew 2’s open-world. And, that’s another thing. The Crew 2 has a map encompassing the entirety of the continental USA, albeit in a condensed form. Even so, it’s still far bigger than Horizon 4’s rendition of Britain. But just because it’s bigger doesn’t necessarily make it better. 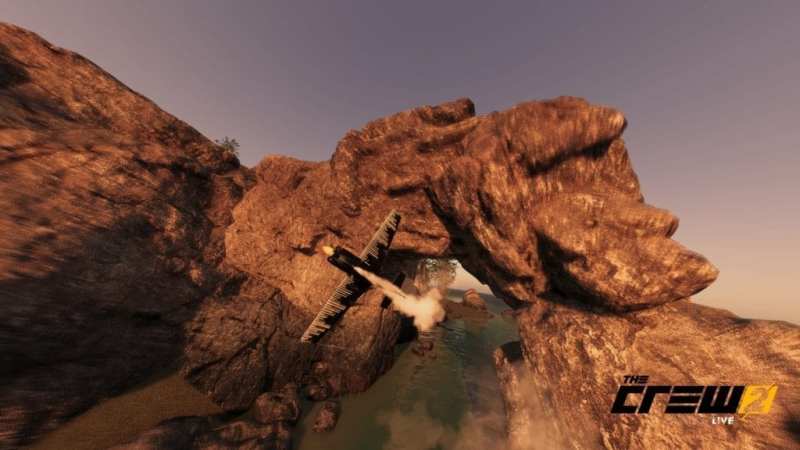 The Crew 2 borrows a lot from the Horizon series, but its multi-vehicle mechanic offers a different type of gameplay.

You Take the High Road, I’ll Take the Low Road

I’ve come to notice that The Crew 2’s world feels almost machine-like, in a way. It does seem like Ivory Tower took existing real-world maps and virtualized them into game form. A lot of the roads just seem too straight and perfect, and considering how massive of a map this is, it’d shock me if the scenery designers literally built every single part of it.

Forza Horizon 4, on the other hand, has a world that feels more handcrafted. Its version of Britain is an amalgamation of the UK and Scotland. It mostly consisting of rolling countrysides, with a few colonial settlements sprinkled in. Driving around it has been a hoot-and-a-half, especially thanks to the new, weekly seasonal transitions. Here, you can tell that the map was built with a more human feel to it, rather than the copy-paste style of The Crew 2. Again, that isn’t a shot at Ivory Tower; considering the size of that map, I think it turned out really well. But Horizon 4 still has a sort of charm to it.

This charm comes in the form of not only Horizon 4’s map, but most certainly also its gameplay mechanics. The Horizon games share their DNA with the Forza Motorsport titles. Thus, this has led to Playground Games creating a sort of arcade-simulator hybrid. 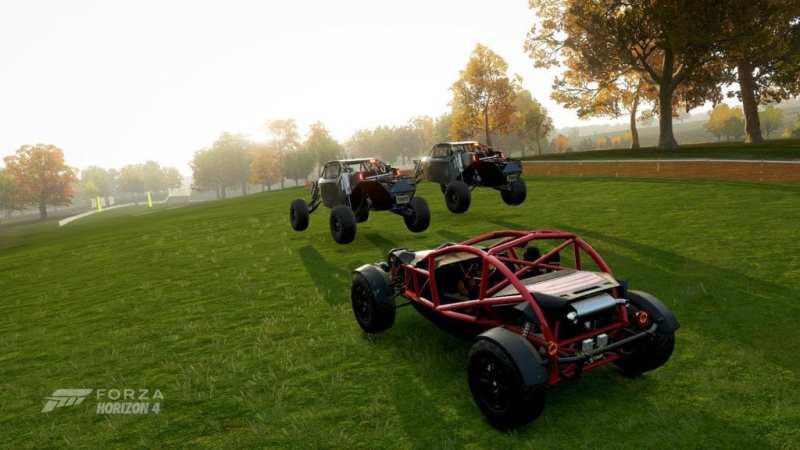 Playground Games has been able to craft a solid driving style for Horizon thanks to the ‘Forza’ DNA that it built from Turn 10’s Motorsport titles.

After going back and playing The Crew 2 right after Horizon 4, it quickly became clear to me that Ubisoft’s title feels far more arcadey. On the other hand, the driving mechanics in Horizon 4 have a sense of silky smooth fluidity to them. That’s the main reason why it stands so tall above other racers. This is no surprise, as the preceding entries in the series were also known for their great driving mechanics. But the thing is, it’s this main element which what makes it so hard to directly compare Forza Horizon 4 to The Crew 2 — as I alluded to in the beginning.

The Crew 2 spreads itself across three main vehicle types, breaking down even further into different categories. For instance, not only can you drive supercars, but also monster trucks, dirt bikes, and other land-based vehicles. This is still in addition to the stunt planes, racing boats, and now even hovercrafts (as of the September update). The fact of the matter is, The Crew 2 is the epitome of the old adage: “Jack of all trades, master of none”.

Since it has to house all these different vehicle types, on top of allowing players to switch between them at any given time, the developers had to design its driving model to handle all of that. It goes without saying that this is a very tall order. Regardless of what type of vehicle you pilot in The Crew 2, they all have something about them that just seems ‘off’. But, again — keeping the scope of the game in mind — this is understandable. Forza Horizon 4, on the other hand, does not have the same challenge. 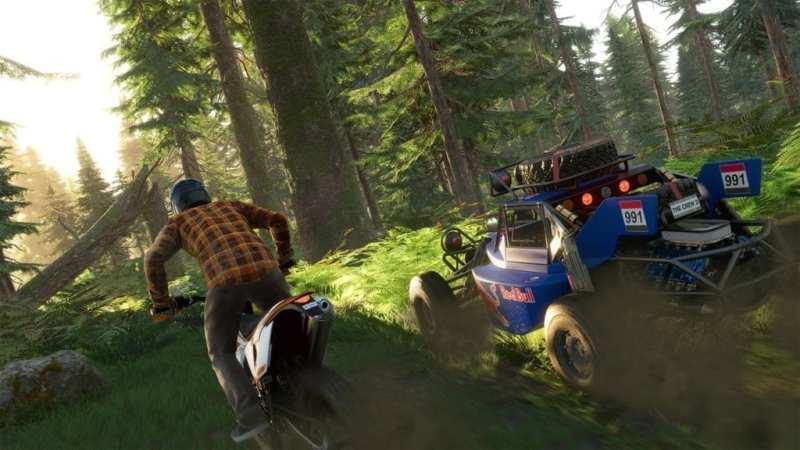 Ubisoft’s Ivory Tower team has taken on extreme task with trying to adapt the same game to different vehicle types.

Drive a Mile in My Shoes

Forza Horizon 4 has a ridiculous roster of over 450 vehicles, but all of them are some form of a hunk of metal sitting on four wheels. Yes, they made adjustments so that they all control uniquely, but the driving model is only responsible for driving in Horizon 4, rather than also sailing and flying. And, again, this was built on top of the Forza Motorsport DNA, which was established seven whole years prior to the original Horizon. When I was thinking of this part specifically, it dawned on me that Playground Games has had it a lot easier than Ivory Tower.

What I mean is, a lot of the ‘heavy-lifting’ had already been done by the time first Horizon was in development. The team had a solid foundation to build from. They more-or-less just adapted the mechanics from Forza Motorsport into a more arcadey environment. While the Horizon and Motorsport games do play very differently, you can tell that they’re still essentially siblings. Thus, it’s no surprise why the two series reuse so many car models. On top of all this, Playground Games also hasn’t had to worry about building brand recognition, as the Forza franchise was already well-known and has gotten even more popular throughout the years. In just about every way, Playground simply took the torch and ran with it in a slightly different direction than Turn 10. But, their paths are still very close together.

Ivory Tower, on the other hand, has had to start from ground zero. The original The Crew turned out to be a pretty average open-world racer. It actually went up against Forza Horizon 2, with the launch of both titles happening mere months apart. Honestly, that was a more fair competition than now. At least in that instance, both were just purely open-world arcade car racers. Comparisons between them were more understandable then, though one could’ve still argued that The Crew was only a new IP. Thus, expectations weren’t excessively high.

But, things change. This time around with The Crew 2, Ivory Tower really tried to stand out.

Looking at it in terms of originality, I do applaud the team for going down a new path with The Crew 2. Still, admittedly, I have ended up enjoying my time with Forza Horizon 4 more. Even so, due to the difference in gameplay mechanics, I can’t say definitively which of the two is truly “better”. 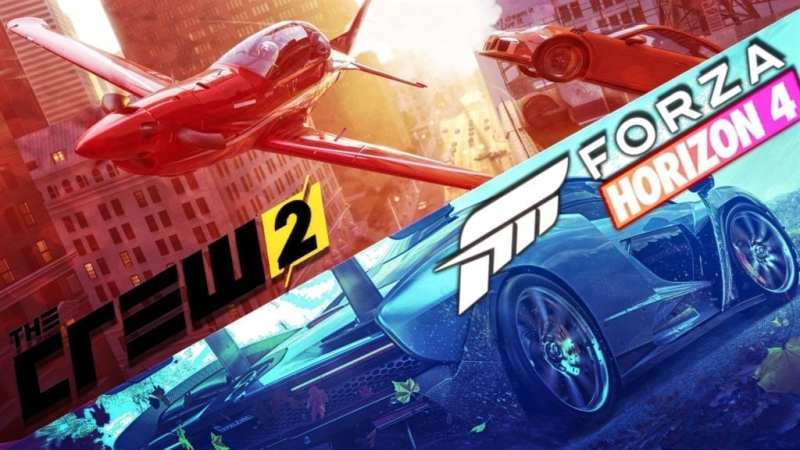 Each team can take a lesson from the other.

We’re All in this Together?

At this point, Ivory Tower has a choice to make. Now that it’s made both a pure car racer and a multi-vehicle racer, the team has to decide which to commit to for the next entry in The Crew, if one does come about. Honestly, I would love it if the team continued in the vein of The Crew 2. They just need to take the time to focus on refining the driving mechanics for all the vehicle types. Make each type the best they can individually be, and that plausible next-entry could become the strongest in the series. But if they decide to tear it back down to simply being a car racer, then they should take a good long look at Horizon and see why Playground has been sitting on top for the last five years.

Honestly, though, I don’t want the success of Forza Horizon 4 to get in the heads of its studio. The game feels very similar to its predecessor. And sure, that’s not a bad thing, as that predecessor was also an amazing racer. But can Horizon 5 get away with being another small step-up? I’m not sure. While the Horizon formula is great, it will eventually get stale, hence why I appreciate The Crew 2’s originality.

If anything, I’d love to see both these franchises continue on alongside each other; competition breeds creativity. I want to see Ivory Tower take real lessons from the “masters” at Playground Games. But, I also want to see the Playground team try and take more chances and diversify the Horizon series a little more, just like Ivory Tower. Clearly, both teams have a little something to learn from each other. Ultimately, that’s how I feel about both of these games right now. They both do different things in cool ways, so in their own right, they’re great racers. Thus, if you really want to know which is “better”, I’d say what’s better is to play them together.

Check out our reviews of both titles:

Call Of Duty: Black Ops 4 Black Market Cosmetics Will Be Live Next Week

By A.K Rahming5 days ago
News