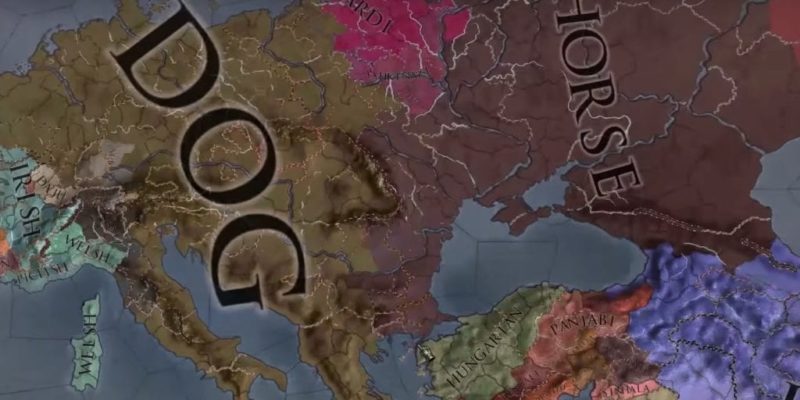 Crusader Kings II‘s Holy Fury DLC won’t be out until tomorrow, but that hasn’t stopped fans from uncovering new information. One of those happens to be an Easter egg that lets you rule an Animal Kingdom. Yes, a literal Animal Kingdom with all your furry subjects and furry rivals. That’s quite interesting (and a little strange to boot). Check out the video below from YouTuber Quill18:

The Easter egg was first discovered on Reddit. In order to find this quirky addition, you’ll need to use the Random Worlds feature in Holy Fury. In the options, you can select the dominant culture group for your random game world. You won’t notice it while changing the selection a couple of times, but a few clicks later you’ll spot the option: Animal Kingdom.

This will let you generate a world that’s dominated by animals. Dogs, horses, elephants, cats, ducks, and even hedgehogs rule Eurasia. Although there are still humans, they’re the endangered species this time around.

I decided to give it a quick try by choosing King Droopy of Droopyland. I’m arrayed against the Irish, Hungarians, the distant Geldings of Geldingland, as well as an Africa ruled by cats. 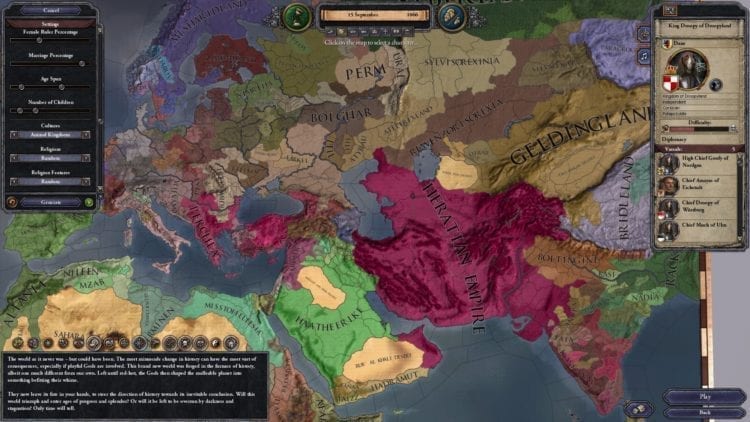 Not pictured: A country called “Adeerland” which, sadly, was not ruled by deer.

The game still very much works in the same way with the same tried-and-tested mechanics for Crusader Kings II. Upon closer inspection — such as using the “charinfo” command — you might even notice that there’s just a new cultural grouping like “dog_group” or “cat_group.” The differences are plainly visual, be it for a feline, canine, fowl, or others. This is even reflected in portraits because babies and kids are kittens, puppies, and the like. Sadly, when I invited a cat over to my court full of doggos and puppers, the feline’s opinion didn’t show up as “-100: Mortal Enemies.”

And yes, before you ask, inter-species marriage is actually possible. For instance, in the image you see below, I nabbed a cat from someone else’s court then used the “pollinate” command on a female dog relative. Here’s the result: 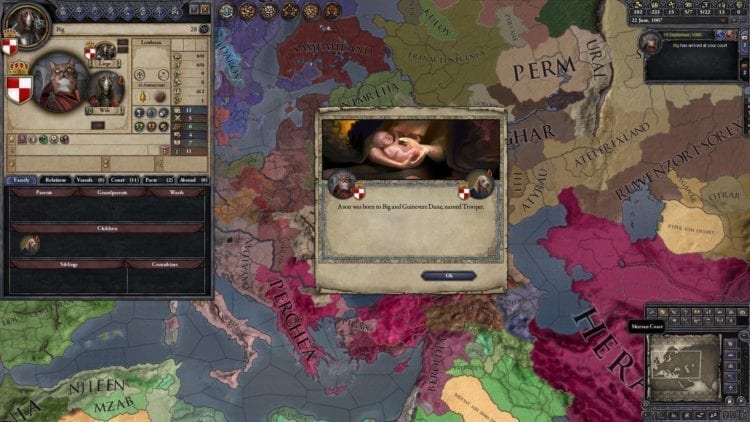 That big middle finger to science.

So yes, it’s only the culture group has changed at least at first glance. Still, it might be a fun role-playing experience for long-time Crusader Kings II fans (or maybe even furries).

As mentioned, Holy Fury will be out tomorrow, November 13. We’ll also have our complete review, so stay tuned for that.

By Joel Yap11 hours ago
News