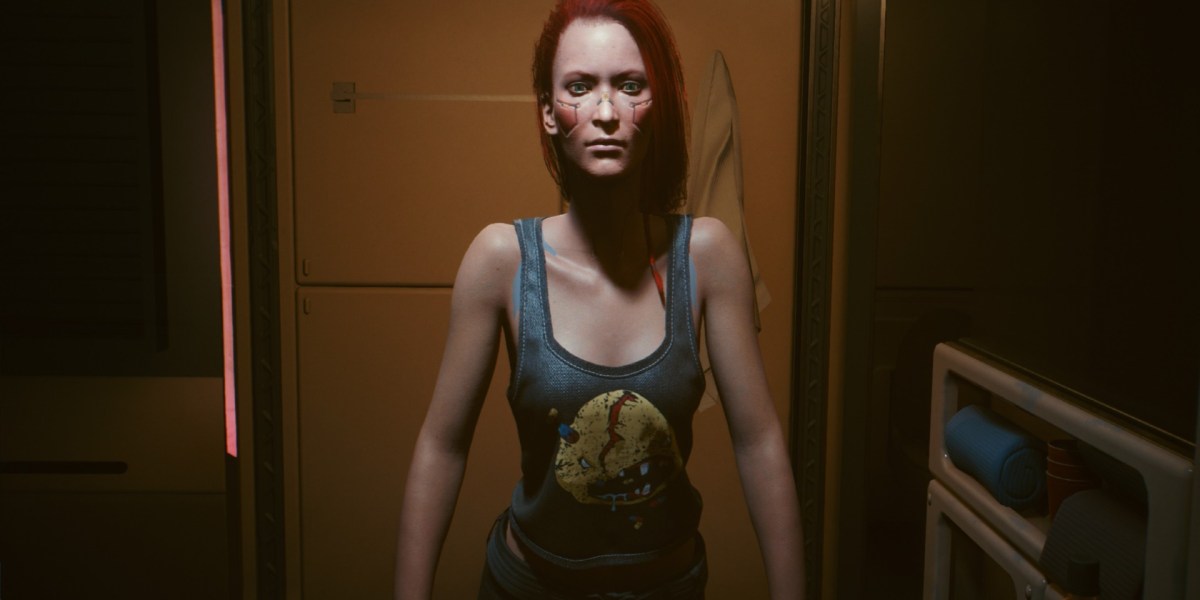 Cyberpunk 2077 offers lots of character creation options once you start a new game. You’ll see different presets, facial features, and even nudity. Anyway, here’s our guide to help you out.

Cyberpunk 2077: The basics of character creation

Once you start Cyberpunk 2077‘s campaign, you’re prompted to select a difficulty as well as your character’s lifepath.

The prologue and first act take roughly five hours to complete (unless photo mode distracts you to no end). Then, it’s time for character creation. Make sure you’re happy with your character’s looks since you can’t change V’s appearance later.

Anyway, you’ll be able to pick a male or female body. You may also choose whether V’s voice is masculine or feminine. Cyberpunk 2077‘s NPCs will then refer to V using male or female pronouns (or terms like “chico/chica”) respectively. From here, additional options become available such as hairstyle, hair color, eyes, nose, scars, and tattoos. If a selection has a small icon with multiple boxes, that means various options are available (usually related to color palettes).

You could also select a preset and then add extra stuff, or just randomize everything. At the very bottom, you’ll find the previously announced nudity and genital customization options. If you want to enable this, ensure that censorship isn’t active in the gameplay settings, too.

Note: It’s been reported that this feature seems to be bugged once you reach V’s apartment. Outside of your inventory screen, V will still have undies even if you remove all clothing. The last screen you’ll deal with as part of Cyberpunk 2077‘s character creation shows your attributes. By default, each one has three points and you have seven extra points to allocate. Just remember that attributes max out at level six at least during the character creation process. Cyberpunk 2077: How to get Witcher-themed items via GOG Galaxy

Cyberpunk 2077: Lifepaths guide — What to expect from the prologues