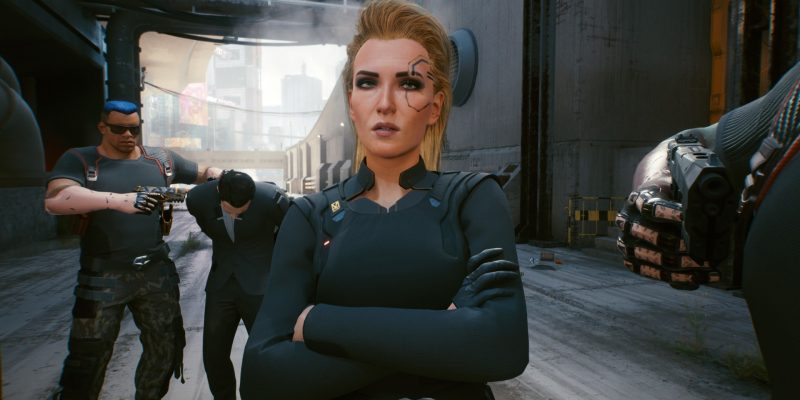 Meredith Stout is a supporting character in Cyberpunk 2077. She also happens to be someone you can romance early on in the game. You do get the chance to see her much later, though it probably won’t be on good terms. Here’s our mini-guide to help you out.

Cyberpunk 2077‘s first act has a lot of things going on. During a main quest known as “The Pickup,” V meets with Meredith Stout, the Senior Operations Manager for Militech. She tasks you with retrieving the Flathead from the Maelstrom gang, and your actions will determine whether you can have a one-night stand with her or not.

There are two ways the quest could end: 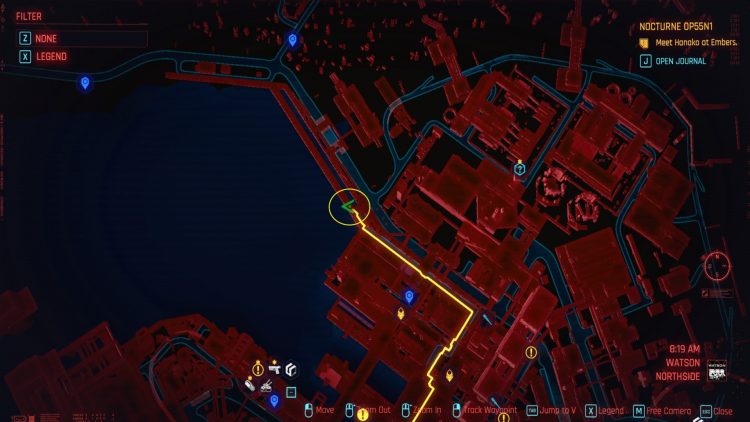 Still, even if you didn’t go with her plan, there’s a way you can see her again much later in your Cyberpunk 2077 playthrough (after Act I). To do this, simply head to Watson – Northside at that spot in the image above.

Notice how we’re on a pier? Go ahead and jump down the water and scan the area. You’ll notice that your scanner’s able to pick up something. 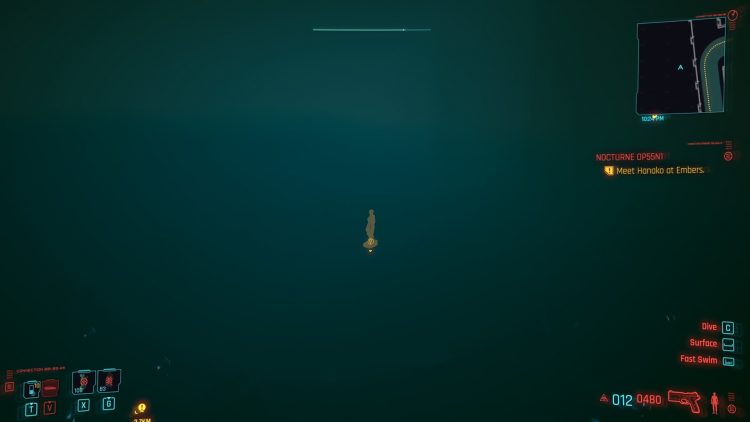 Yes, that’s Meredith Stout, dead and chained to a block of concrete. If you didn’t follow her orders during “The Pickup,” it’s assumed that Militech’s higher-ups weren’t too happy with her performance results.

Likewise, V remarks that Militech neither forgave nor forgot about her failure. Her head is shaved and her face has a lot of bruises. She was executed, mafia-style with those “cement shoes.” 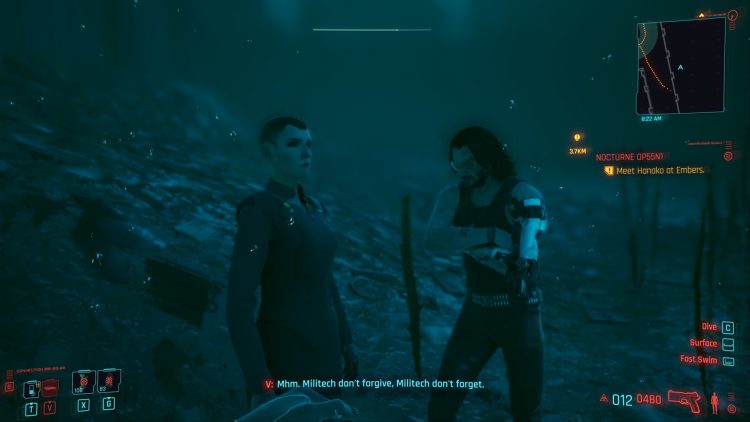 There’s a possibility that her body won’t be here if you followed her tasks/were able to romance her since that assumes the Militech bosses were happy with her work. Maybe it’s Gilchrist who’d end up sleeping with the fishes instead, who knows?

Anyway, I’m not sure about that since that’s not the outcome I got from “The Pickup” mission. So, if ever you romanced Meredith earlier and you find yourself in the Watson – Northside area, let me know if you spot something in the water.

Note: Credits go to Reddit users s1ckmad3 and -xHardysX- for the shocking discovery. 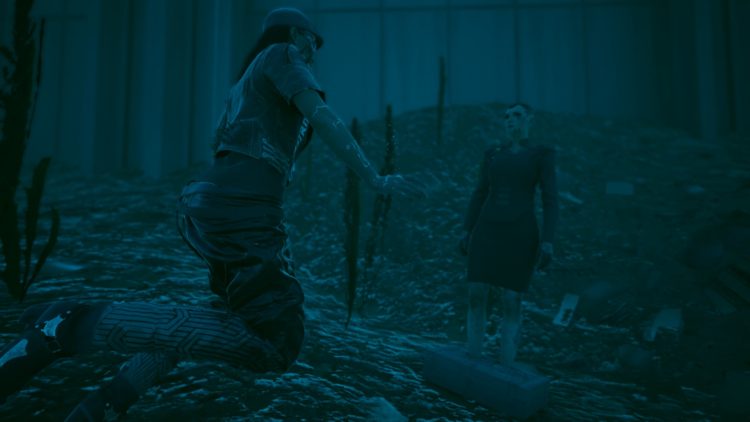 Myth of Empires from Angela Game has been announced for Steam