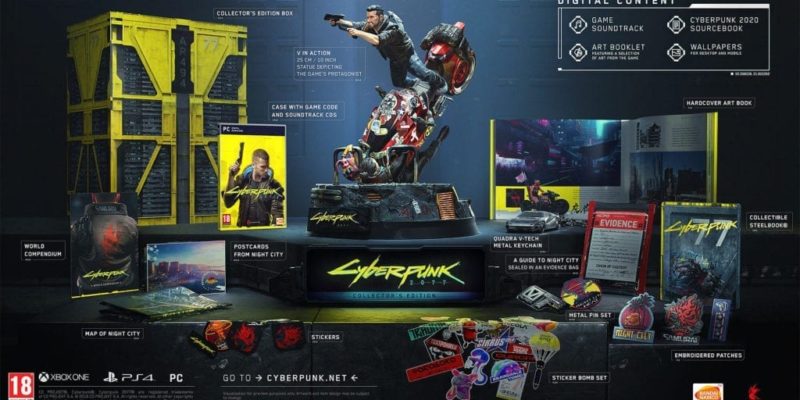 The biggest downer from the E3 presentation of Cyberpunk 2077 was that the game would not have a physical release in the US. However, the studio seems to have changed its mind.

A new Tweet on the official CP2077 Twitter account states that Marcin Momot, Global Community Manager at CD Projekt Red, has convinced the higher-ups to bring physical copies of the game to the US. This covers both the Standard Edition and the Collector’s Edition. You now know who to thank for that.

Good news for our US community – @Marcin360 kept telling us how much you all want #Cyberpunk2077 PC editions (Standard and CE!) available physically in stores. It‘ll happen – we‘ll share more details in the future! pic.twitter.com/65kGrMOzsG

Previously, it was revealed that Cyberpunk 2077 would come out on 16 April, 2020 and the digital version of the game would be sold via Steam, GOG and Epic Games Store. Marcin tweeted that the physical version – Standard or Collector’s Edition – would contain a download code. However, the US would be excluded.

Get that collector chrome!

What would the players be missing by going digital-only? Why, swag, of course! The Collector’s Edition of Cyberpunk 2077 comes with a bunch of neat physical extras. By splashing an atrocious amount of money, you can get the said box, a collectible SteelBook (“the world’s most prestigious and highly sought after collectible packaging for home entertainment media such as Blu-ray and Games”), CDs with the game’s soundtrack, a 10 inch (25 cm) figurine of V, the game’s protagonist, a hardcover art book, a set of metal pins, a Quadra V-Tech (retrofuturistic sports car) metal keychain, a Visitor’s Guide to Night City (annotated, sealed in an NCPD evidence bag), embroidered patches, World Compendium, Night City postcards, a map of said city, and a sticker bomb set. The previous four items can be found in the Standard edition, too.