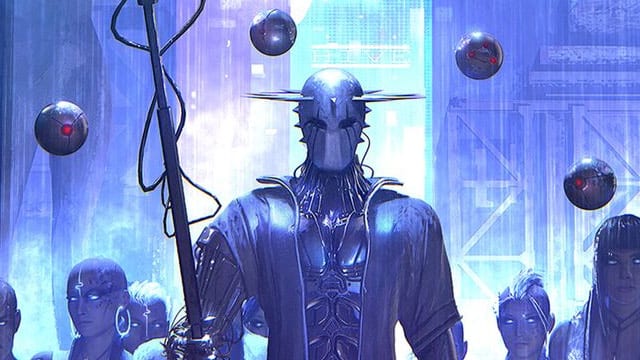 1C has announced their latest strategy game Re-Legion which is a new cyberpunk RTS. Re-Legion is promising a “unique multiplayer experience” with single player modes and it’s set in the year 2083 and it’s played form a classic isometric viewpoint. We don’t know much more about the game at the moment but it will be shown at PAX South on 12 January.

According to the brief blurb we have from 1C, in this game “cults start to emerge as people seek their real purpose in a world dominated by huge corporations and advanced technology”. It all sounds a bit mad as you see from the PR below.

Become a prophet in a futuristic technocratic society in this cyberpunk RTS. Set the code of your belief, convert citizens to cult members, upgrade them to fighting units and rid the city of non-believers. Turn your ideals into the most powerful religion!

In a stagnating technocratic society of a seemingly perfect futuristic world, a cult is born. A strong leader emerges from the crowds and steps in to rid the world of the misery that clenches the society. He brings answers – food for people’s minds – and comfort for their souls. All those seeking higher meaning within the world are accepted. They find their place within a community that fills the void they’ve recently had to cover with drugs and alcohol. But as Elion, their leader and prophet, increases his influence and power, he loses touch with reality and the ideal of salvation gradually turns against those that don’t feel the need for his guidance – the infidels.

Watch out for more on Re-Legion next week.

SEGA teases announcement for 16th – Could be a Theme Hospital successor