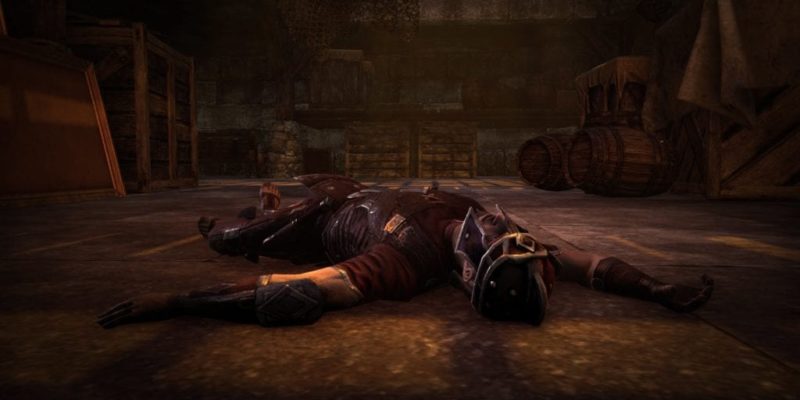 Today’s the launch day for The Elder Scrolls Online’s latest expansion, adding the lovable Dark Brotherhood guild of assassins to the game. The launch is accompanied by a trailer which, if nothing else, proves that being a humble guard in Tamriel is a rather thankless task.

After the third of fourth brutal stabbing animation, it all goes from horrifying to rather comical. Anyway, if you have an Elder Scrolls Online Plus Membership, then The Dark Brotherhood will be part of that subscription package. If not, it’s going for 2,000 in-game crowns; basically $20.00 USD.

With this expansion, you’ll get a “new and exclusive passive skill-line”, and will need to “defend the Brotherhood against a mysterious foe through hours of new story content.” To be honest though, it looks like the world needs defending against the Brotherhood rather than the other way around. I mean, look at this damning evidence.

The Witcher 3: Hearts of Stone Review