The free Dark Souls 2: Scholar of the First Sin update, which will add new events, item descriptions and covenant adjustments to all existing copies of Dark Souls 2 will be released on 5 February. This will take the game to Calibration 1.13 and (on PC at least,) Version 1.08.

Update 4 February: The update is out now. Rest of the original story follows:

There will be a number of significant changes made by this update, including the new Agape Ring which, when worn, will prevent souls being gathered by the player. As a result, you’ll be able to control your Soul Memory level at will, and fine-tune your online matchmaking range. 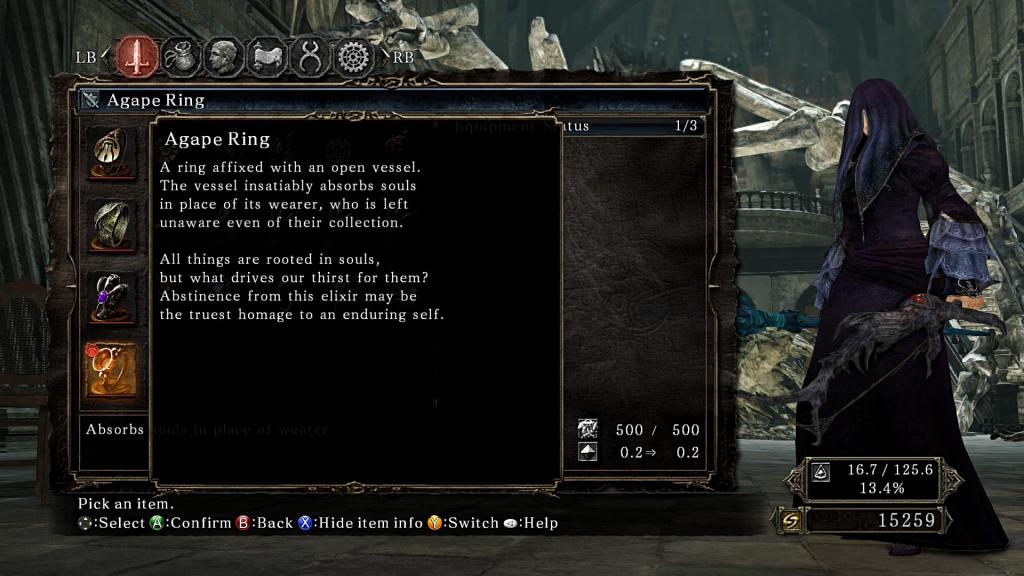 While on the topic of online play, Dark Souls 2‘s covenants are getting tweaks to their reward systems. I recommend reading the full patch notes below for complete details of this, but (for example,) the reward for a Host or Grey Spirit victory in the Bell Keeper areas is now “(1 of the following) Titanite Chunk, Titanite Slab, Twinkling Titanite, Petrified Dragon Bone.”

Server maintenance for the application of this update will take place on 4 February at 6am Pacific US time (2pm GMT) and last around three hours.

Here is the full list of additions, changes and so on to expect in Calibration 1.13: