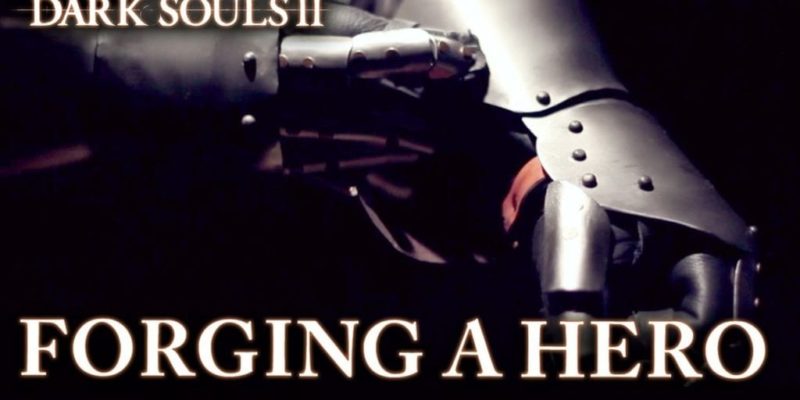 From Software and Namco Bandai have released an absurdly short teaser trailer for Dark Souls II, which I’m guessing is hinting at something new that we’ll be seeing at Gamescom.

The teaser trailer is called Forging a Hero, and shows flash cuts of a live-action person forging some meaty-looking armour, along with the words “Steel”, “Fire”, “Forging a hero”, and “Coming soon”. So that’s helpful.

Oh, and the About text on the YouTube page reads: “Dark Souls‘ universe is taking a surprising new form. Are you ready to meet… him?” Which implies something surprising about the main character, or at least an important heroic figure in the game!

What could the surprise be? Could the main character be a fluffy bunny? That would certainly be a surprising new take on the Dark Souls universe. I’ve asked Namco Bandai whether that’s likely, and I’ll let you know if they respond.

Dark Souls II is due out on 14 March 2014, which gives us plenty of time to prepare for the numerous and horrible deaths we will doubtless face when it launches. The teaser is below.