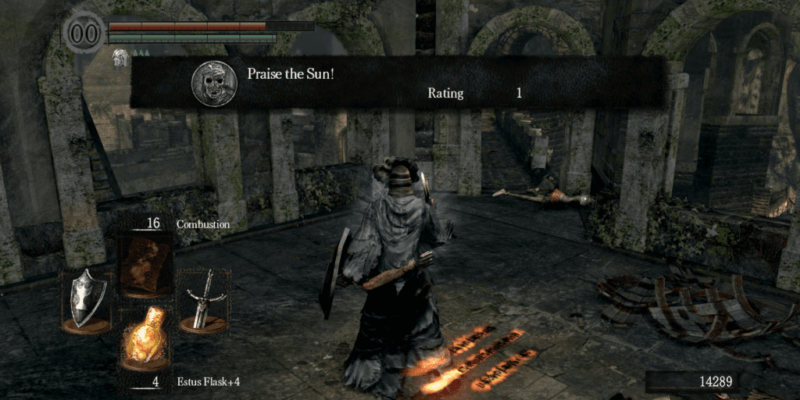 The mystery surrounding the disappearance of multiplayer in the Steam version of Dark Souls is not solved, but the multiplayer itself has been restored today.

Problems with the multiplayer have been going on for several days, tied to internal changes to the “usemms” function. It’s effectively a toggle for the game’s multiplayer. You can see the history of “usemms” being messed about with in this Steamdb log, which also shows it being switched back on again today. I loaded up an old character to check and found that, at the very least, messages are showing up again.

Of course, there’s still been no explanation from Namco Bandai (or From) as to why this has been happening; and no real guarantee that “usemms” won’t be flipped back again at some point. Hopefully whatever work (if indeed work was being done) was needed on Dark Souls’ servers is now concluded, but without a statement from publisher or developer it’s hard to be sure.

In a further bizarre development, the PC site for Dark Souls has gone offline, and the game is currently missing from Bandai Namco’s list of published Steam titles. What this might mean, I have no idea.

Loud On Planet X Launches With a New Trailer