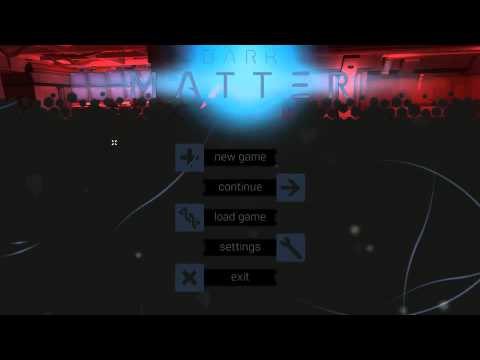 It’s not a good week for indie games, is it? There was that whole nightmare surrounding Day One: Garry’s Incident, and now Dark Matter has been pulled from sale due to complaints that the title is unfinished.

Dark Matter – a sort of side-on Metroidvania Dead Space – went up for sale on a variety of digital distribution sites last week, and has now been unceremoniously removed from those I’ve checked (Steam, GOG, Green Man Gaming). Since launch, various internet message boards erupted with claims that the game just stops on a wall of text (fair warning: the linked video contains said ending) as you go through a door. This wasn’t the only problem: others compared Let’s Play videos on YouTube to video footage from an alpha build and noted that the game looked basically unchanged, while others still pointed out that the game itself contained achievements that were impossible to complete due to the required enemies not actually being present in the game, and that mechanics highlighted in the tutorial never crop up in the game itself.

According to PC Gamer, the first step taken was GOG revising the game’s description to call it “The first half of a thrilling, gripping story” and offering refunds to anyone who thought they were buying a complete product. Since then, it’s basically vanished from digital distribution. It’s presumably still on sale at retail if you’re in one of the few countries that actually got a retail release, though, and I’ve heard no word on whether or not Steam will be offering refunds to anyone who purchased it.

From what I can gather, the story appears to be that – following the failure of the game’s Kickstarter – the plan was for developer Interwave to use the money generated by sales to create the second episode. Unfortunately, right now, the company itself is basically dead; Gamasutra reports that an external company is handling the game’s promised ending, while Interwave itself is currently composed entirely of two management staffers, with the rest of the employees having been let go over the past few months.

Indeed, Gamaustra managed to speak to Interwave’s Michiel Beenan, who claims that neither Iceberg (the publisher that picked up the game) nor Interwave’s management knew about the missing ending until when the game launched. The new ending is apparently planned for release on Friday, so I’m assuming we’ll see the game reappear then. Whether it will manage to satisfactorily tie things up is an entirely different matter.

This perhaps isn’t the thrilling, gripping story that the game claims to contain. That, or development just got really meta. Either way, it’s a shame: as I’ve said several times before, Peter’s preview indicated that there was certainly promise there.