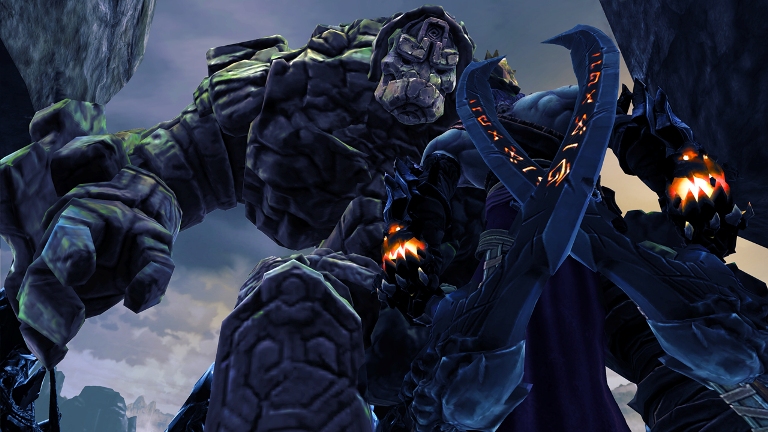 In a recent interview with IncGamers, Darksiders 2 lead designer Haydn Dalton said that the team had initially wanted the first Darksiders to be a four player co-op game.

While neither the first nor the second Darksiders ended up with any multiplayer element at all, it’s an idea that appeals to the time.

“Originally, Vigil wanted to do a four player co-op game,” said Dalton. “Realistically, though, we didn’t have much console experience and it was a whole new genre for us. So instead we went down the less risky route and focused on a single one of them.

“With the second game we thought of doing some form of co-op, but that was still very risky. Plus, people liked what we did with the first game and we didn’t want to take that away from them. I guess we’ll find out when [Darksiders 2] comes out whether they still like it [Laughs].”

When asked whether the idea of a four player co-op Darksiders is still something that interests the team, Dalton said:

“Absolutely. I don’t think there’s anyone here that likes Darksiders and doesn’t like the idea of causing destruction with three buddies.

“The puzzles would have to change quite a lot, because we design them with a single person’s perspective in mind. Co-op puzzles would be a whole new challenge for us, and how the game would work if someone decided that they wanted to play by themselves.”

We’re rather impressed by what we’ve seen from Darksiders 2 so far. Enormously impressed, actually. Check out our latest hands-on preview here.