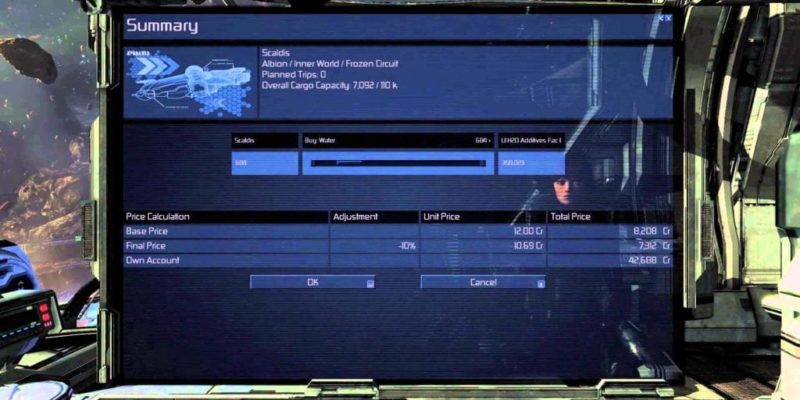 The X series of space sims has always offered multiple branches of activities for players to partake in (or not, as desired,) and one of those has tended to be trading. X Rebirth is no exception to this, so the latest developer narrated video (below) is all about hustling your goods on the market and how to put together an intergalactic trade empire.

It’s all about delegation. You, as the player, can fly around space ports and collect data for your trade computer (and snag discounts if you’re chummy enough with the locals,) but the actual act of trading itself is handed off to larger trade vessels and the little loading drones that serve them. It’s up to you to set up the deals (and own some freighters,) but once the command is given the process of trading will happen while you go off and do other stuff.

Maybe you’ll be mining some asteroids? Raw materials are necessary to keep the economy going, so you might want to have some mining bots tag along with you and hoover up the shattered parts of any rocks you bust up. The message the trailer is trying to impart is this: in X Rebirth, everything affects the economy in some way. Even if you’re just out there as a fighter, you’ll (inadvertently or not) be halting shipping, altering prices and having an impact on trade.

Does this open up the excellent possibility of supporting your trade routes by attacking rival merchant goods? Why yes. Yes it does. X Rebirth is out this November.