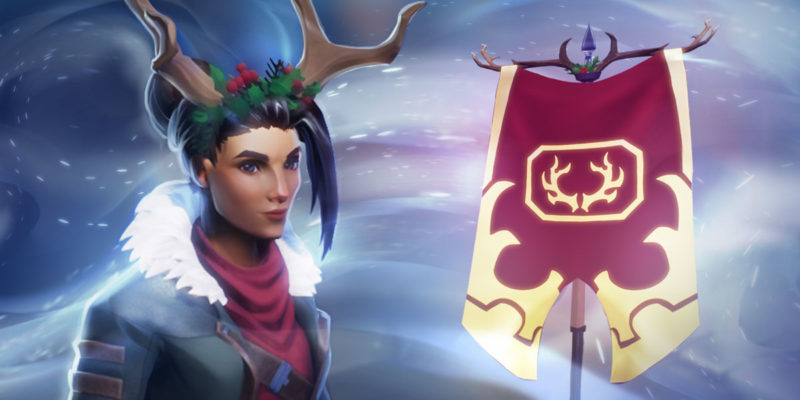 In the wake of the Stormchasers update, Dauntless has just kicked-off its annual Frostfall event. This festive season event brings snow and merriment to Ramsgate, as well as three Frostfall contracts for Slayers to complete.

As with all islands floating in the sky, the Shattered Isles are constantly on the move. At this time of year, the isles sink into the lower strata, to the edge of the frozen Sky Below. And that, we’re told, is how there is suddenly snow in Ramsgate. But snow does not a festive event make.

It’s the people of Dauntless (and a dog in a tavern) who dress up in their Frostfall best and tell tales of the legendary Silver Nikola that make the end of the year a festive occasion. It’s also the real party animals hanging out in the waterfall cave.

A Slayer’s work is never done

The three Frostfall contracts are free, limited-time quests that reward players with special seasonal items. All three contracts can be picked up from the in-game store (under the Event tab) during their specified dates.

Dauntless‘ first contract, called the Light Kiss Contract, is already available. You have until December 24 to grab it and earn yourself a Frostfall Mistletoe Lantern skin. The contract can be completed by turning it into Arkan Drew.

The second contract, called the Cap and Trade Contract, will be available from December 24 to December 26. Completing this will earn you the Watch Cap helmet skin. You’ll need to turn it in to Admiral Janek Zai.

The third contract, called the Seated Layer Contract, will be available from December 26 to January 2, 2020. Completing this will earn you the power to sit cross-legged and to sit back (you’ll get two emotes that let you perform these two maneuvers). Xelya the Farslayer will reward you with your newfound ability to lounge about upon completing the contract. 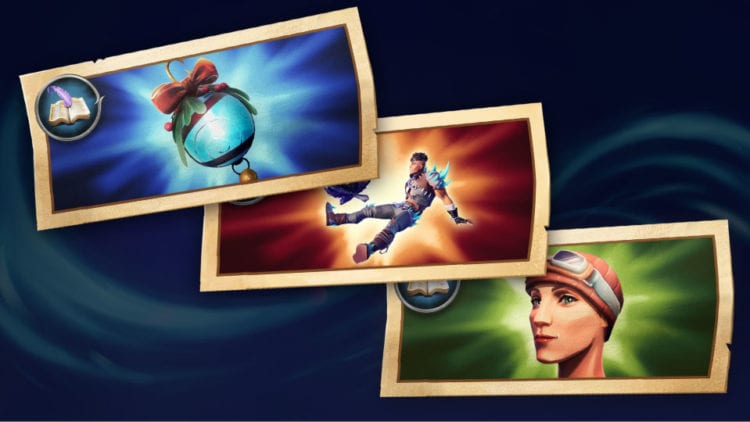 The three contracts need to be picked up during their specified dates, but you will be able to complete them up until January 30, 2020. If you already own one of the rewards from the contracts, you will be rewarded with platinum instead.

If you want to show off your merry side during the Dauntless Frostfall event, you can pick up some of the favorite cosmetics from previous years in the Event tab in-game. These include things like the ‘Let it Snowball’ emote and the Frostfall Regalia Style Kit.

Dauntless is a free-to-play monster-hunting action RPG available for download on PC from the game’s official site.