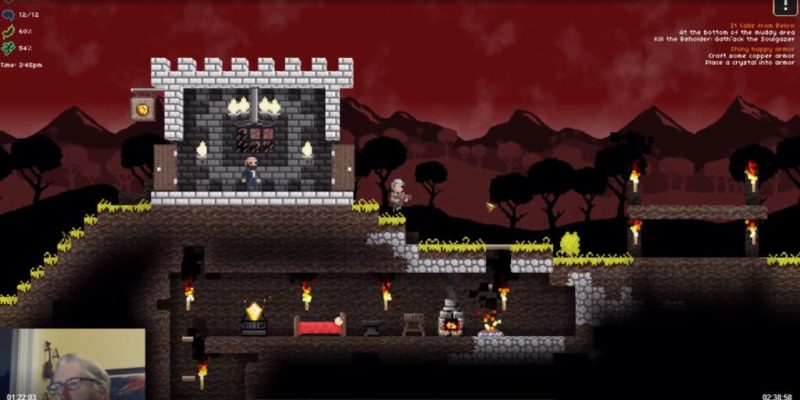 Earlier this week David Brevik revealed his new game It Lurks Below which is a 2D sandbox RPG which he hopes to complete over the next few months.

In the streams, which popped up earlier today, David covers just about everything you would need to know about the game mechanics and his vision for the game. Brevik has all kinds of plans in his head he would love to add to the game, but right now, he’s focusing on getting it feature complete. Once that’s done, he will look at adding more content post-release, maybe even multiplayer eventually.

Despite its basic look, It Lurks Below looks like it could be quite engrossing. Brevik has worked on every aspect of the game, art, music, programming and everything it’s taken to put this game together. It’s all his own work and it’s been ongoing for just over a year. He ditched a few other ideas he had been working since he left Gazillion and Marvel Heroes in 2015 and ended up going back this idea which is now It Lurks Below.

The game will be released on Steam only initially, and amusingly, he states it won’t have microtransactions or loot boxes. Shocking news there!