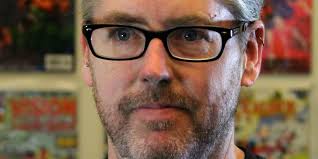 Yesterday  David Brevik posted a tease on his twitter which hinted at his involvement in a possible new Diablo game. Today he has confirmed he is not working on the franchise.

There has been a lot of speculation (and hope), but I'm not working on the Diablo franchise currently or in the near future#sorry#muchlove

Bill Roper also confirmed no involvement as he was recently at Blizzard with Brevik for what we think was a video shoot for Blizzcon.

Lots of speculation about my coming back to Blizzard to work on the Diablo franchise. Would be an honor but just rumor. Thanks for the love!

This will be a huge disappointment to fans of Blizzard’s ARPG series who have been hoping he would one day return to the franchise. David Brevik played a key role with the early Diablo games and fans were hoping he could bring back the playability the magic of the older Diablo games.

We’re still not sure what Brevik is working on and who he’s “advising for”. We’ll just have to sit tight and wait for more news on this whether it’s from David directly or another developer/publisher.