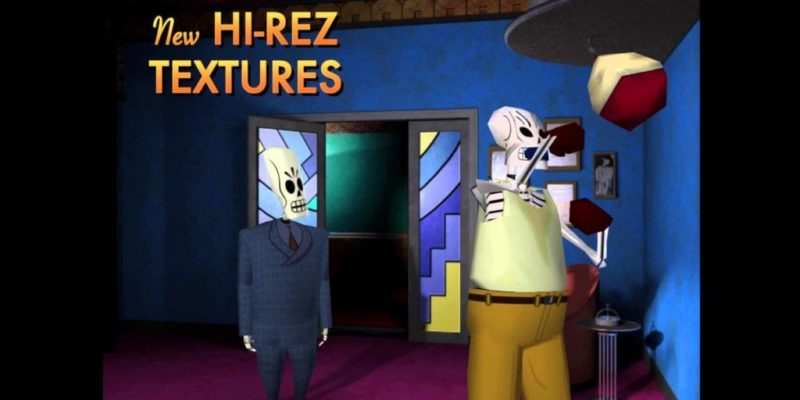 Having to watch Sony conferences for reveals of remastered adventure games feels a bit weird, but I’m not complaining too much if it keeps happening. The latest LucasArts classic to be revisited by Double Fine will be Day of the Tentacle. Or, to give the remaster its full name, Day of the Tentacle: Special Edition.

Details of what, exactly, will be changed and update are thin on the ground at the moment, but I’d imagine various things along the lines of what Double Fine is doing with Grim Fandango (remastered audio, higher resolution textures and whatnot.) It was announced during today’s PlayStation Experience event.

Here’s the Day of the Tentacle confirmation reveal tweet. It only mentions PS4/Vita because it’s the PlayStation account, but they did say PC, Linux and Mac as well.

Day of the Tentacle: Special Edition Coming to PS4 & PS Vita from @timoflegend and @doublefine!

Speaking of the Grim Fandango remaster, that now has a release date of 27 January 2015. There’s also a new trailer for the game, showing some of the remasterification (it’s a word) in action. Watch below to see some new, fancy lighting, higher res textures, and the rest.

What it doesn’t show is the option to use an alternative control scheme to the original’s “tank” controls, or the bits of audio commentary which have apparently been recorded by members of the original development team. But those are coming too.

You can now watch the Street Fighter V trailer