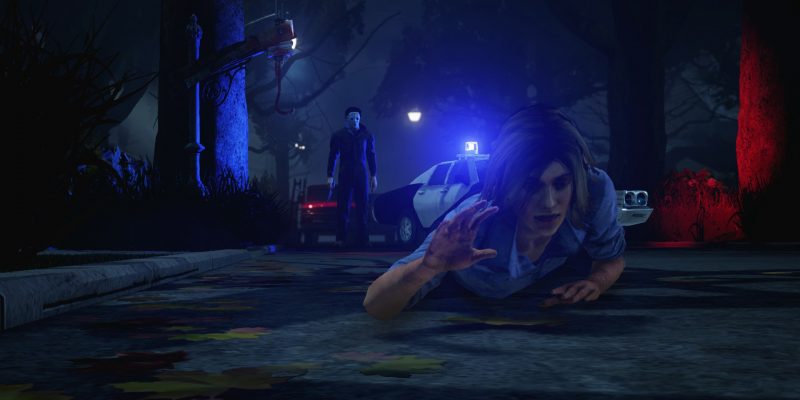 Dead by Daylight‘s newest chapter is rooted in jealousy, murder addiction, and K-pop. Yeah, you read that right. The PvP horror game’s brand new villain is a K-pop star-turned-killer. You can access the chapter, titled “All-Kill,” in Public Test Build (PTB) on Steam now.

For those who are unfamiliar with Dead by Daylight, the game pits four survivor players against one killer player. Survivors can either work together or fend for themselves in order to escape the killer. Meanwhile, killers get their own powers, motives, and methods. Dead by Daylight is known for incorporating famous fictional killers like Michael Myers and The Demogorgon, but there are also original characters.

As IGN reported, Dead by Daylight Chapter 19 follows a singer formerly known as Ji-Woon, a jealous and vain member of the boy band NO SPIN. Ji-Woon’s jealously led him to allow his bandmates to perish in an accidental fire. After the fire, he became a solo act called The Trickster — inspired by none other than DC Comics’ The Joker. The Trickster began kidnapping victims and using their screams in his music. He attempted to kill the board members of his label, Mightee One, just before The Fog called on him to join Dead by Daylight‘s other killers.

Of course, a new killer also means a new survivor. Yun-Jin was a producer trying to make it in the K-pop music industry when she brought Ji-Woon to NO SPIN. She turned him into a solo act after the deadly fire, but Ji-Woon’s murder addiction took over.

Dead by Daylight‘s K-pop chapter is a collaborative effort. Developer Behaviour Interactive has partnered with K-pop band U-KISS’ Kevin Woo and K-pop music producer DJ Swivel to ensure that the game’s representation of the K-pop community is accurate.

Dead by Daylight‘s PTB 4.6.0 is live with new features

The new characters come as part of Dead by Daylight‘s PTB 4.6.0. According to Steam, the update also comes with new privacy settings, a chat filter feature, and several bug fixes. The Blight and The Wraith also received some tweaks to their powers. Players can check out the new additions and content updates on Steam.